Matilda (Mathildedal) in southwestern Finland is a beautiful, old ironworks village. This historical village, located by the sea and right next to Teijo National Park, is rather quiet during the winter, but in summer months a popular travel destination. The old industrial buildings nowadays host museums, boutiques and other services, and the village community organizes events such as concerts and art exhibitions. The village is also home to Mathildedalin Kyläpanimo, a small village brewery with great ambition. During our visit last summer, we got to interview the head brewer Patrik, who told us about the past and present of this artisan brewery. 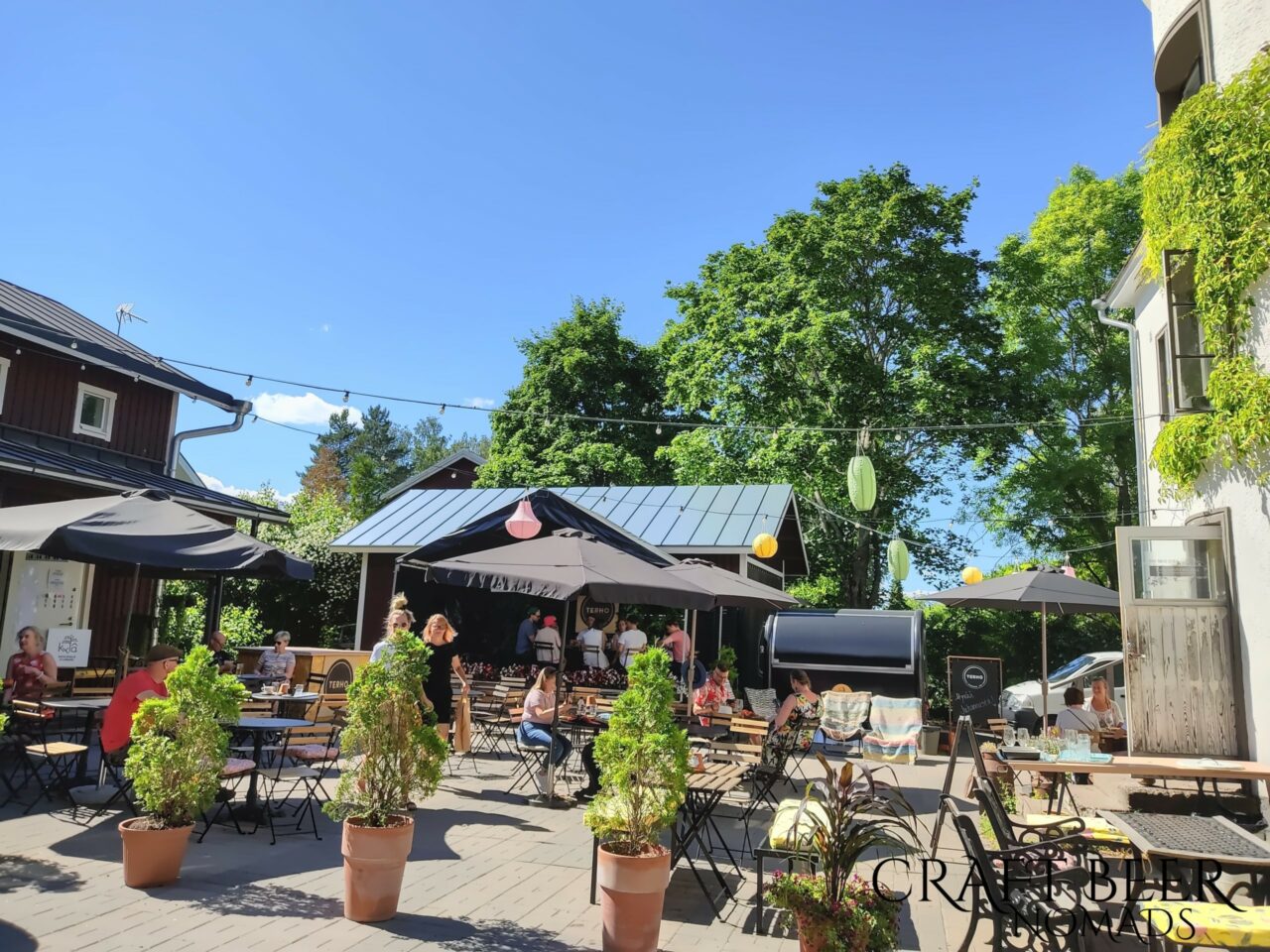 Mathildedalin Kyläpanimo brewery was founded back in 2013, by the villagers themselves and financed by private investors. As most of the best decisions in Finland, the decision to establish a brewery was made in sauna. The brewery is a tribute to the history of the ironworks villages in Teijo area, and to the modern and vibrant village community of today. The villagers are used to doing things together, and in fact many of them are entrepreneurs and business owners. With the same ambitious attitude they also run the brewery, with a desire to explore the world of beer and to create their own view of the best beer types around the globe, with a village twist. 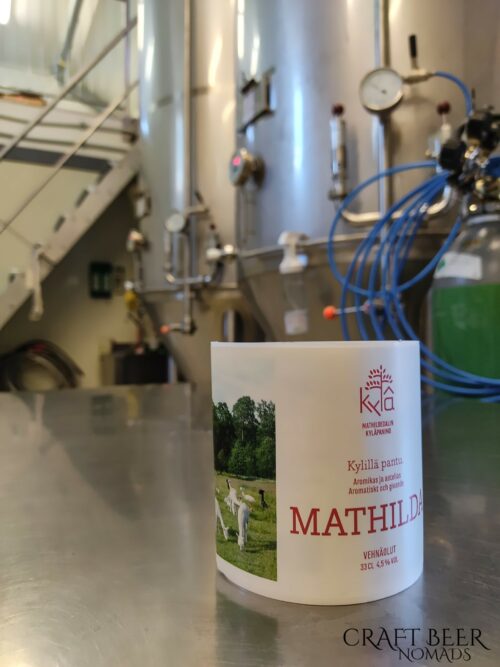 Nowadays Kyläpanimo has a wide range of different beer styles in their repertoire, and the selection follows the seasons as certain types of beers are the best when consumed in certain time of the year. The current brewmaster Patrik joined the brewery in 2020, after studying brewing in Scotland and working in Tornio Brewery in Lapland. The first beers of Mathildedal were brewed in collaboration with another village brewery Fiskarsin Panimo, and also other collaboration brews have been created during the years, with Fiskars and other small Finnish breweries. The brewery wants to tell the stories of the historical ironworks villages in their products, and most of the names of the beers and all the pictures in the labels have roots in the villages of the area. 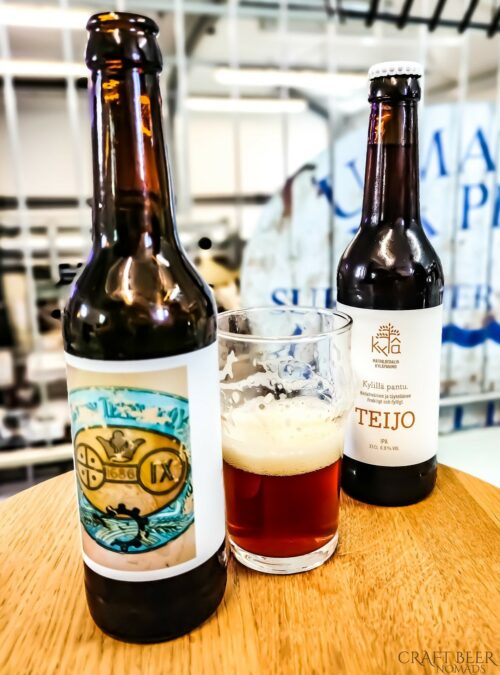 The current production volume of the brewery is around 50 000 liters per year, brewed in a 500 litre Braumeister brewing kettle, mostly using domestic malts and American hops. Most of the production is bottled and sold in grocery stores around southern Finland, as well as in the brewery shop of course, in where you can find the whole selection of currently available brews. Part of the production is delivered to restaurants, closest one of them being Restaurant Terho right next to the brewery.

From the beginning, the idea of Mathildedalin Kyläpanimo has been to brew easy, highly drinkable versions of different beer styles. The most popular beer of the brewery is La Mer APA, a fresh, moderately bitter and slightly sour American Pale Ale, named after an old sign by the beach in Matilda village – La Mer Baltique, Baltic Sea. Another popular beer, and one of the first brews, is Teijo, a nicely bitter, traditional English style IPA. 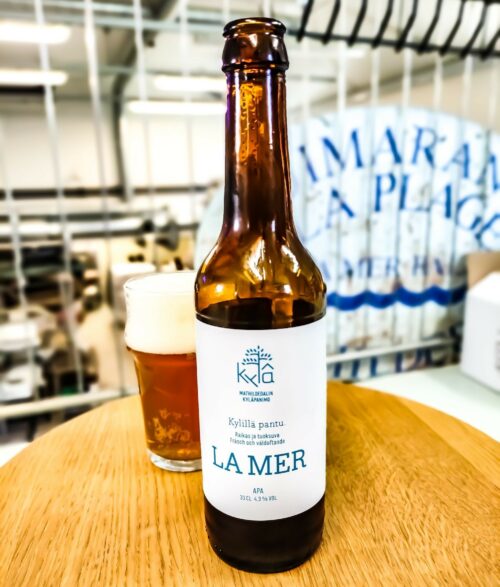 Out of the seasonal beers of Mathildedal, we liked especially Valssi, a dark Munich Dunkel style lager. This malty brew is tasty as such, but also works great when paired with food. Mathildedal brewery actually encourages beer-lovers to try different beer styles with cuisine, and provide food pairing suggestions for their brews. 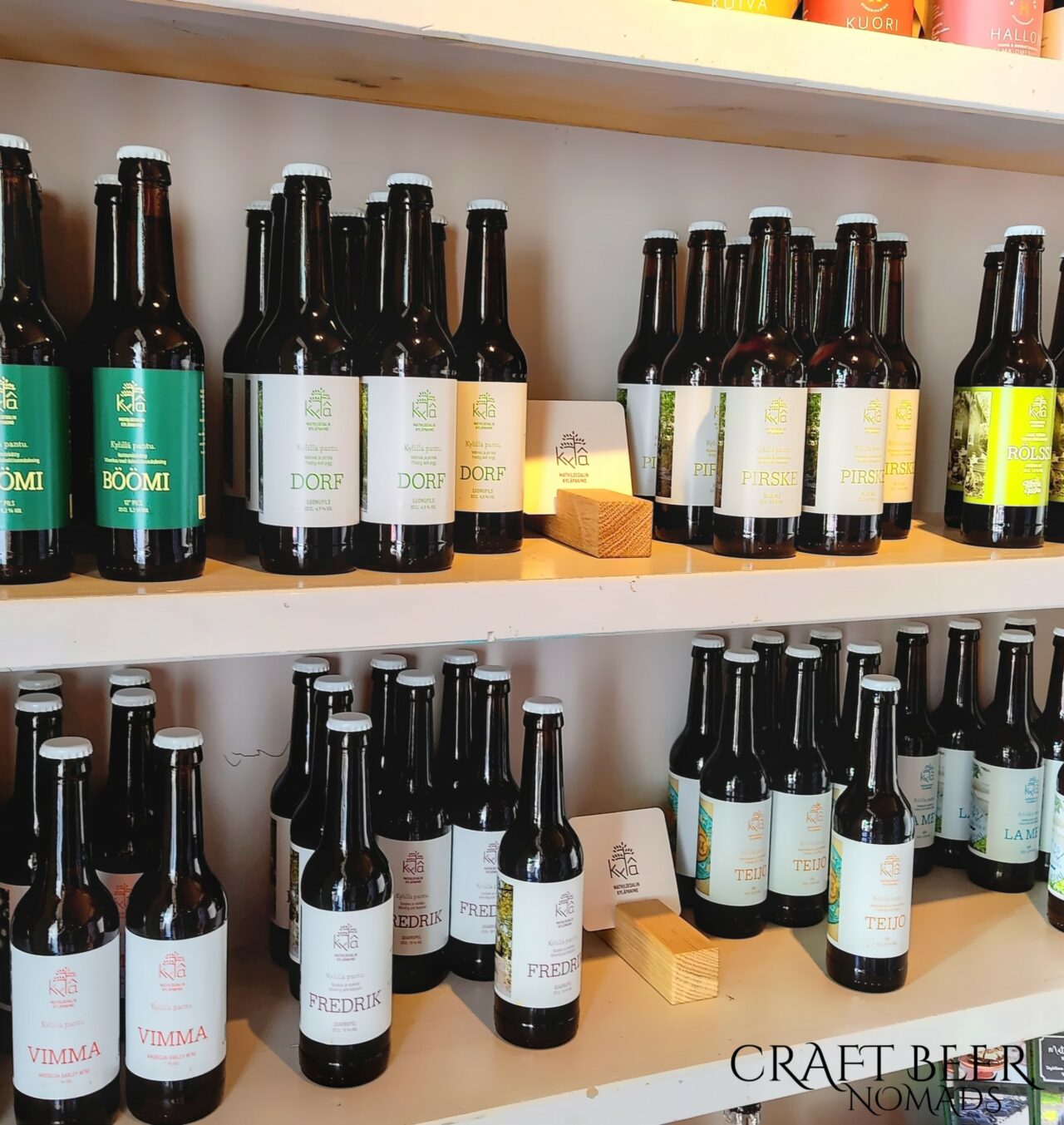 Planning to travel in southwestern Finland? A recommendation to head to Matilda and Teijo, both to explore these beautiful, historical ironworks villages and to enjoy a couple of fresh village brews! 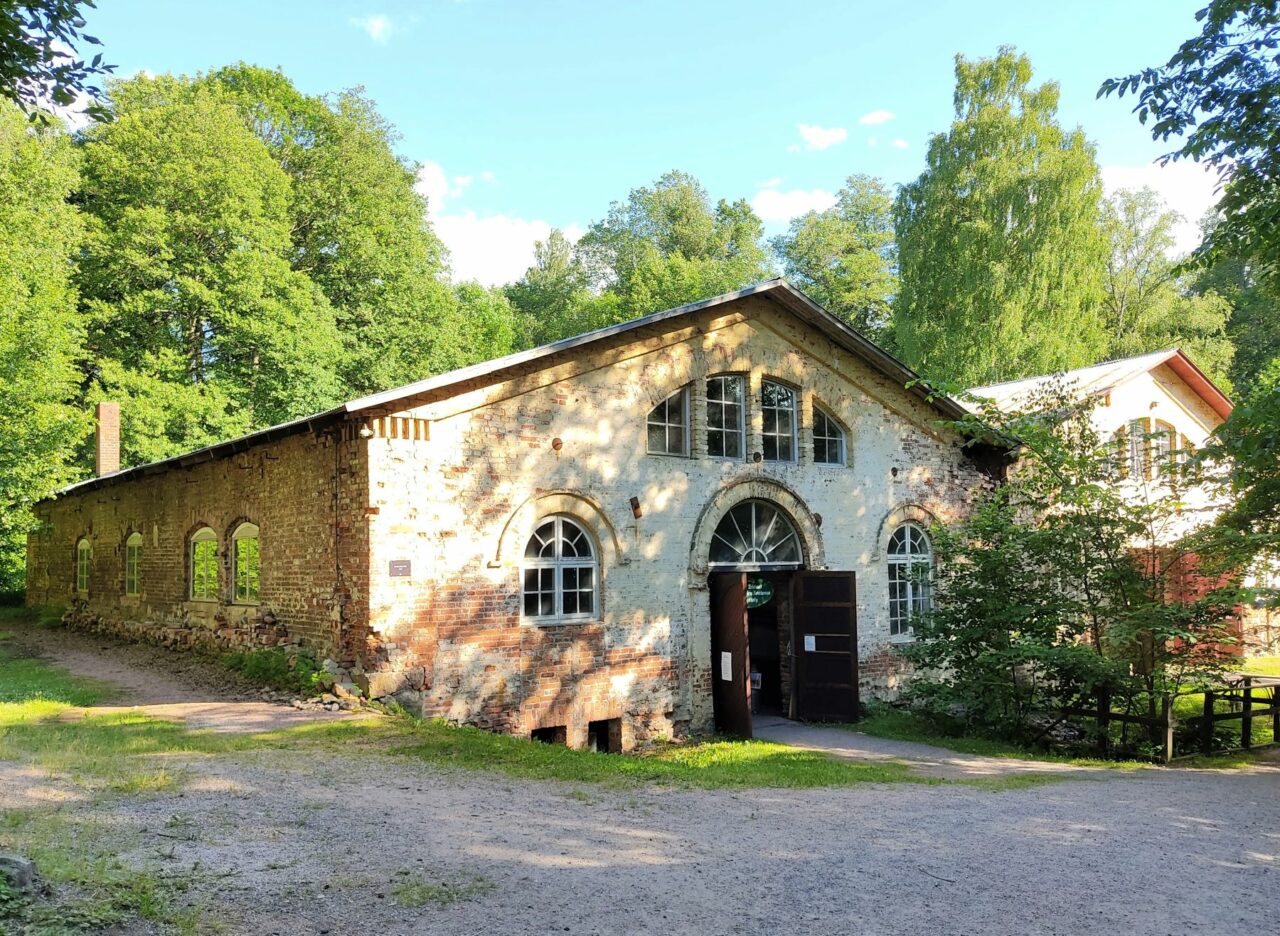 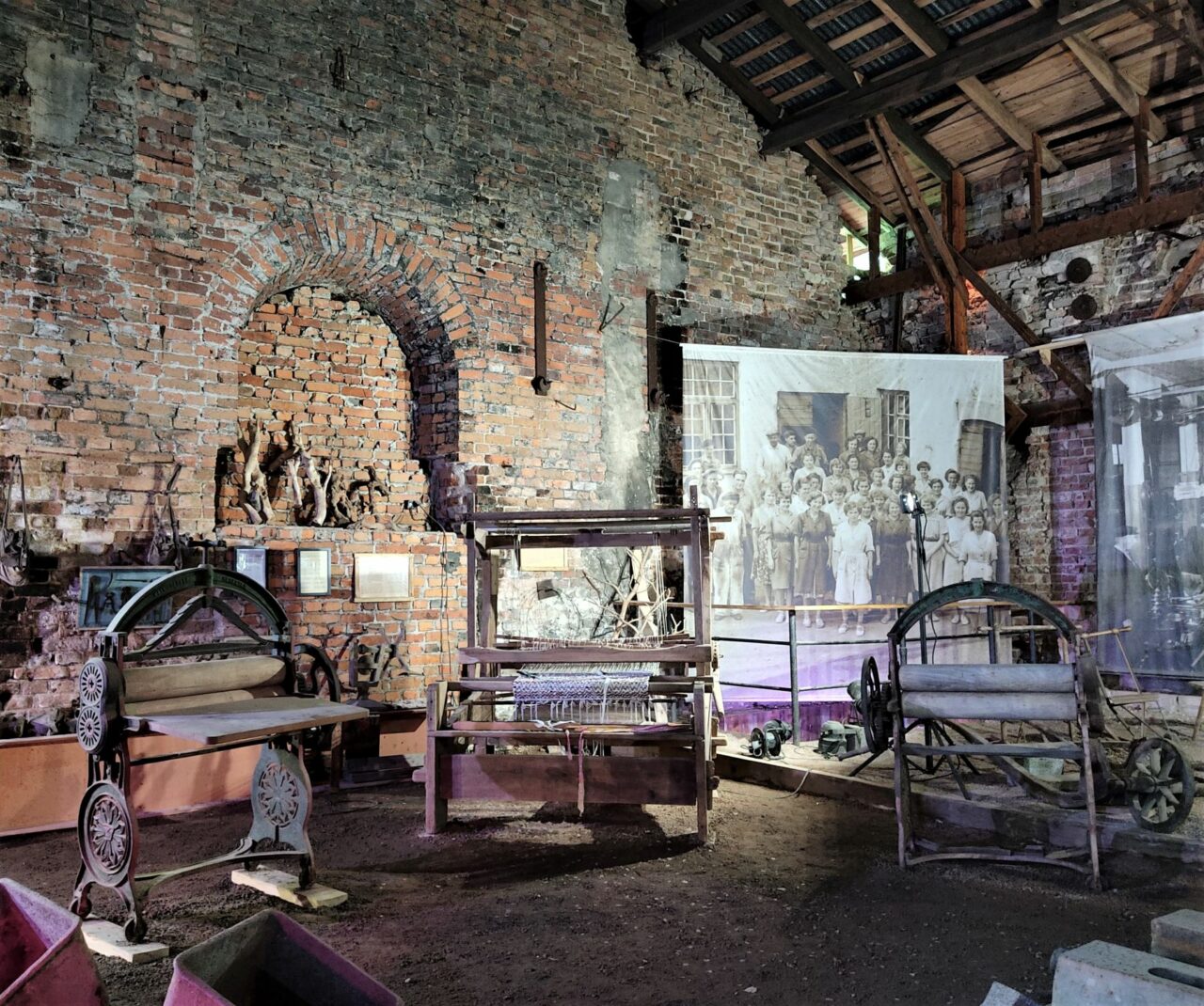 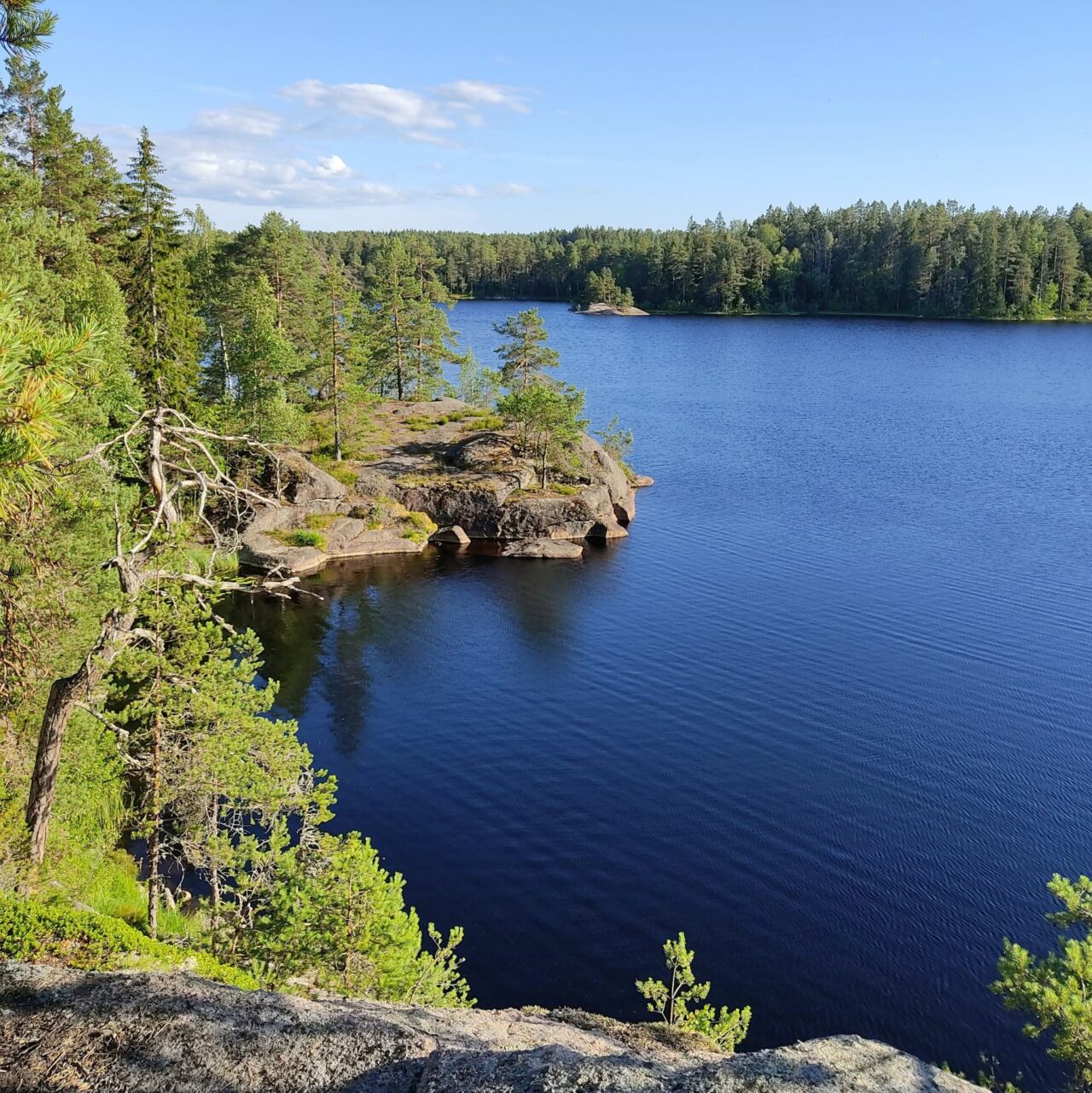