Published: November 21, 2021
Breweries
Tags: brewery visits | Finland | Lapland | Lapland Brewery | Tornio Brewery
The north of the north, Lapland is the northernmost area of the European Union. The Finnish Lapland is a large, sparsely populated area characterized by forests, wilderness areas, lines of fells and lakes. The Arctic Circle crosses Lapland, and the winters in the area are long and snowy. Phenomena like polar night, midnight sun and northern lights can be seen in Lapland, and together with the clean nature (and Santa Claus) they make it quite popular among foreign tourists, especially around Christmas.
When it comes to craft beer, the northern nature provides excellent ingredients and inspires brewers to create experimental brews of the north. There are two commercial microbreweries operating in Finnish Lapland – in this post we introduce Lapland Brewery in Rovaniemi and Tornio Brewery in Tornio.

Lapland Brewery, the northernmost brewery of Finland (and the EU), produces quality beers in Rovaniemi, right next to the Arctic Circle. Lapland Brewery, or Lapin Panimo in Finnish, is an independent artisan brewery, that released its first beers in 2016. The production volume of this artisan brewery is currently around 130 000 liters per year, and the capacity of the brewery allows growth, even doubling the volume if needed. 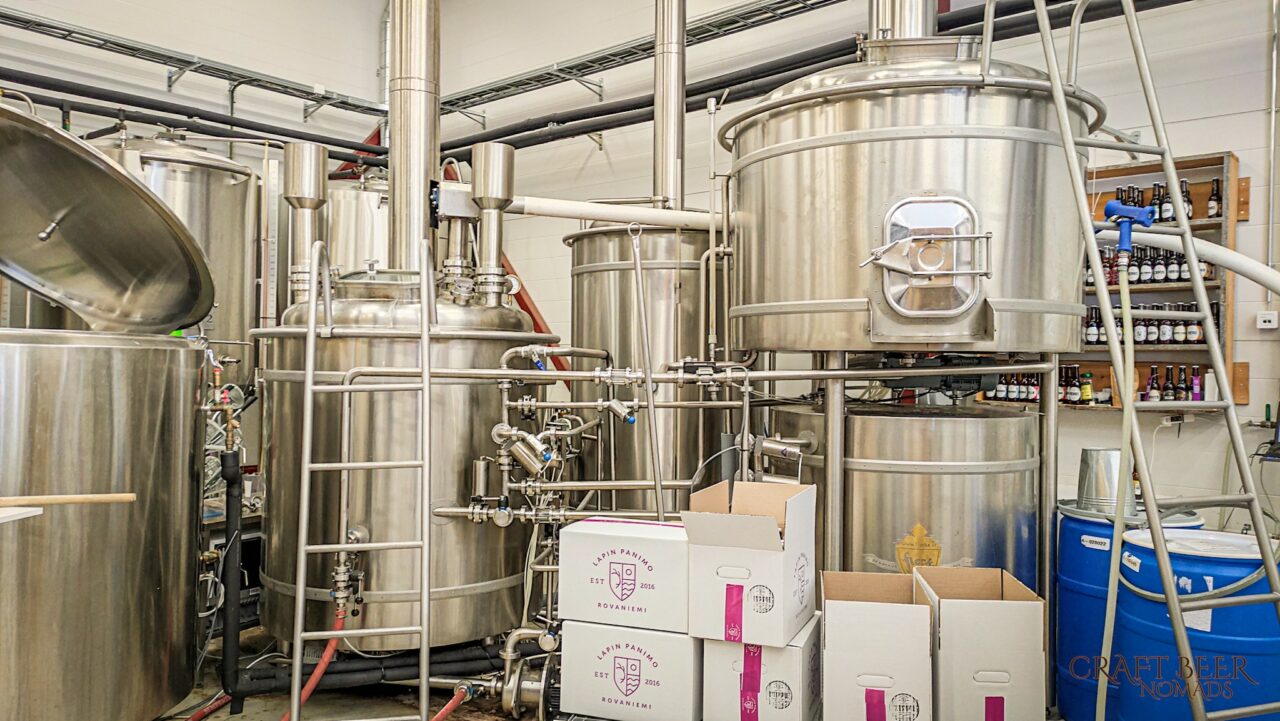 Lapin Panimo is currently the only brewery operating in Rovaniemi, but the brewing history of the city is more than 100 years old, since there used to be a steam brewery already back in 1909. Beer production in Rovaniemi continued (with some downtimes due to the war) until 1972, but after the steam brewery ceased operations, there was a long silent period in the beer history of the city. 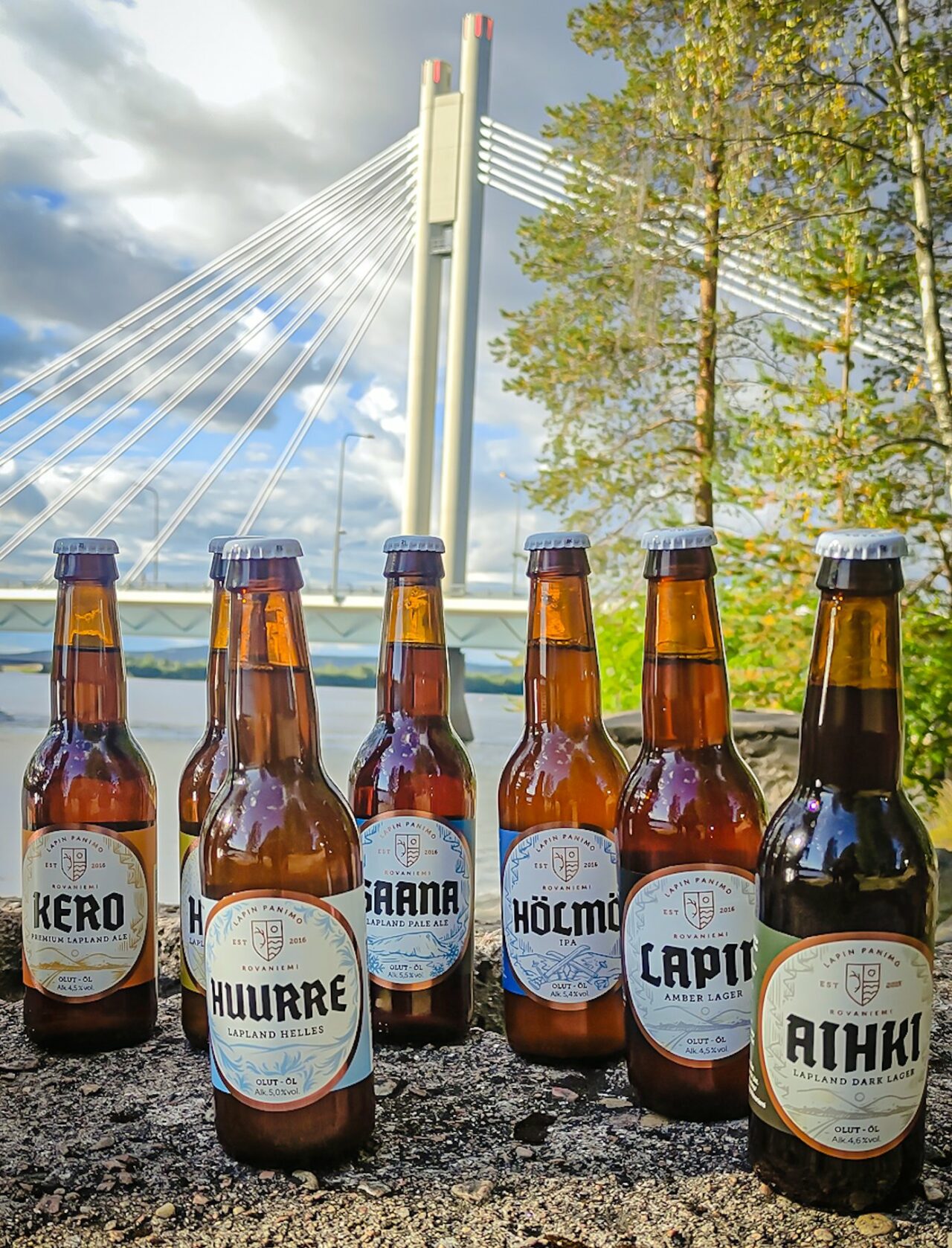 The idea of establishing a new brewery slowly arose when one of the founders, Arturs Dutka, was often hosting international guests visiting Rovaniemi. When visiting restaurants and pubs, the guests would often ask for local beers of course. But frustratingly, there was nothing truly local available, so Dutka finally decided to do something about it himself. To put it short, he found a partner that shared the passion and business idea, headed to Berlin to study brewing in the world-renowned VLB Berlin institute, found a suitable location for a brewery and ordered the needed brewing equipment to get started. 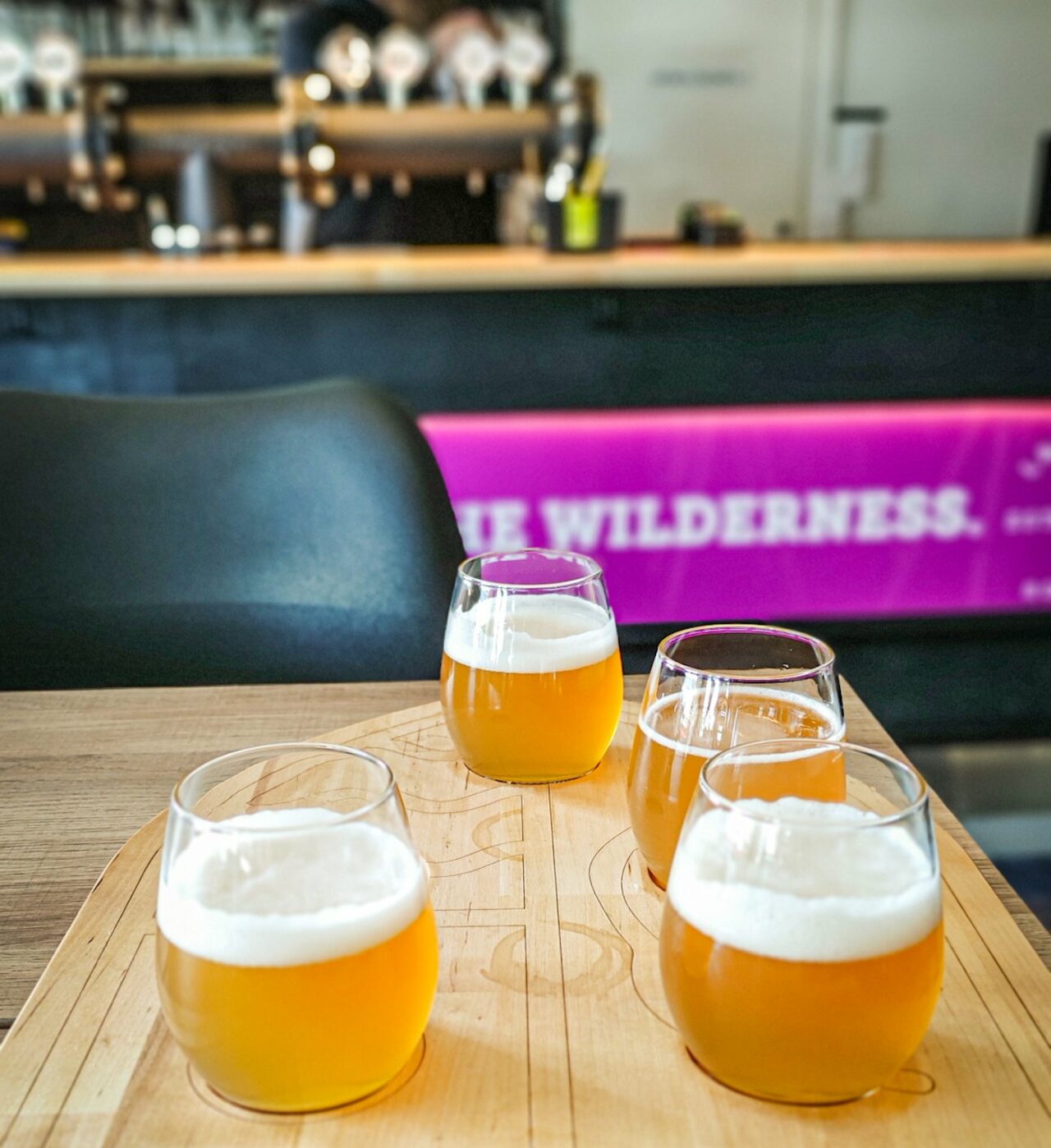 Today Lapland Brewery represents the new era of brewing in Rovaniemi, and emphasizes the nature and terminology of the north in their products and brand. They have a core series of eight beers, accompanied with several seasonal products, both lagers and ales, some of them spiced with ingredients from the northern nature, like wild berries. In general the beers are unfiltered, additive-free, mostly low ABV (only drinks with under 5,5 % ABV can be sold in grocery stores in Finland), soft and quite malty, with a moderate amount of hops so that the aromas of the malts are not obscured. They work great when paired with food, and are easy enough to be enjoyed in hot sauna or after a long hiking or skiing day. There is a story behind every beer and the name of it, and it’s told in the labels, both in Finnish and in English.

Our favorite Lapland Brewery beers were soft and tasty Aihki Lapland Dark Lager, fresh and hoppy Hippu Lapland Golden Pilsner and malty, quite heavy Riski Amber Lager. A warm recommendation to visit the brewery & shop and the adjacent taproom restaurant during your visit to Finnish Lapland, and to taste the arctic beers, long drinks and mineral waters, that are inspired by the wilderness of the north!

Tornio Brewery in Tornio in southwestern Lapland continues the beer making tradition on the banks of Tornio River. This artisan brewery was established in 2016, but the story dates back to the 19th century. The first brewery of Lapland, Torneå Bryggeri, was founded back in 1873, and used to operate in the exact same location where Tornio Brewery now operates. Like today, the founders of the first brewery wanted to utilize the clean water and barley of the north, and to produce fresh local quality beer. 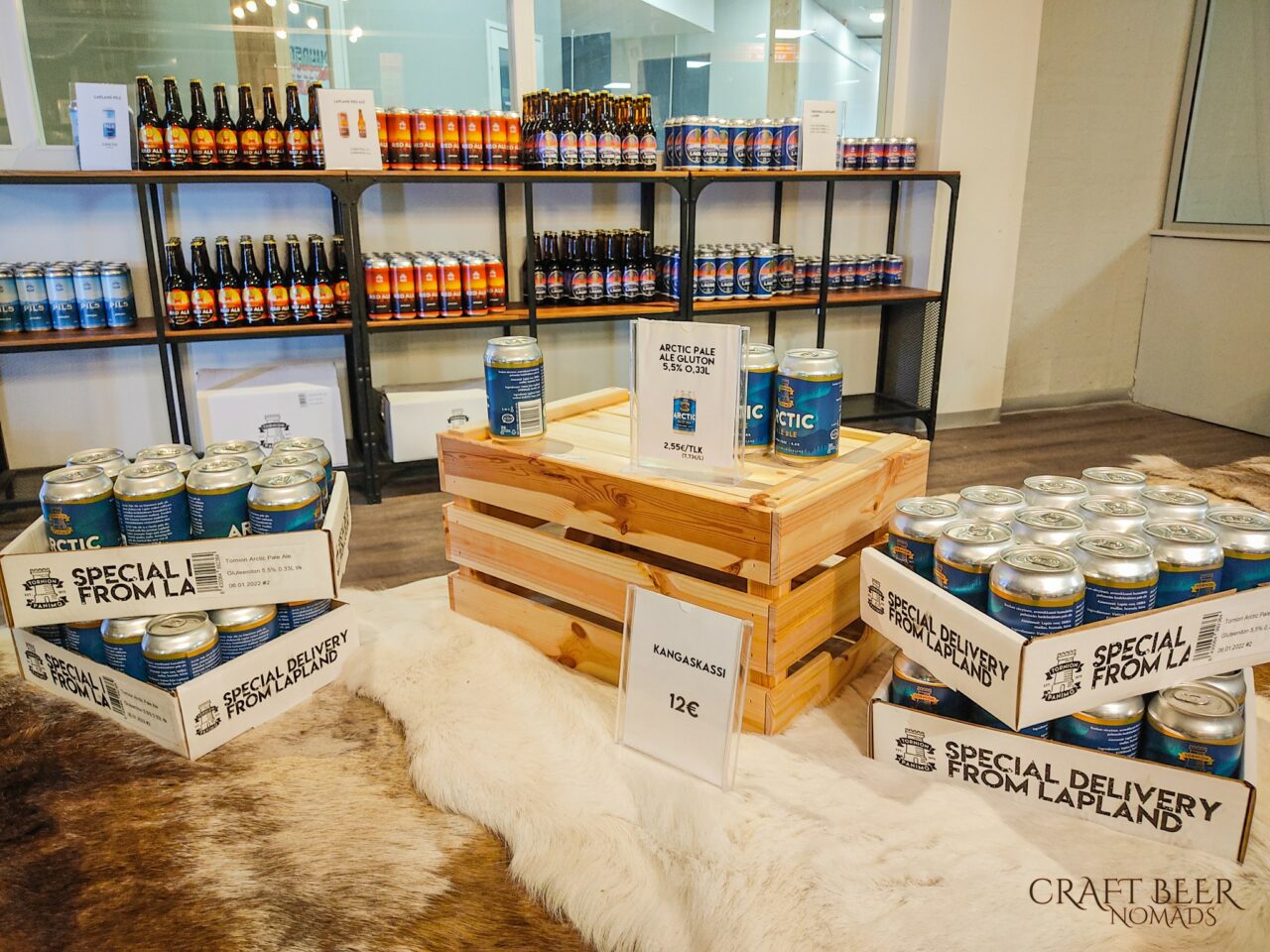 In the early 20th century the brewery of Tornio started to succeed and grow, and after the prohibition era ended, the operations also expanded to other cities in the region. In early 60’s the brewery launched a new lager beer with a brand that described the fresh mountain streams of the north. In 1963 the beer was sent to an international beer contest in Berlin, and it won a gold medal. That lead to a huge success story in Finland, and later the gold medal lager became the best selling beer in the country, by far. In the 90’s the yearly production in Tornio was over 100 million liters and still growing. However, as a result of international acquisitions and reorganizing operations, the brewery in Tornio was tragically closed down in 2010. 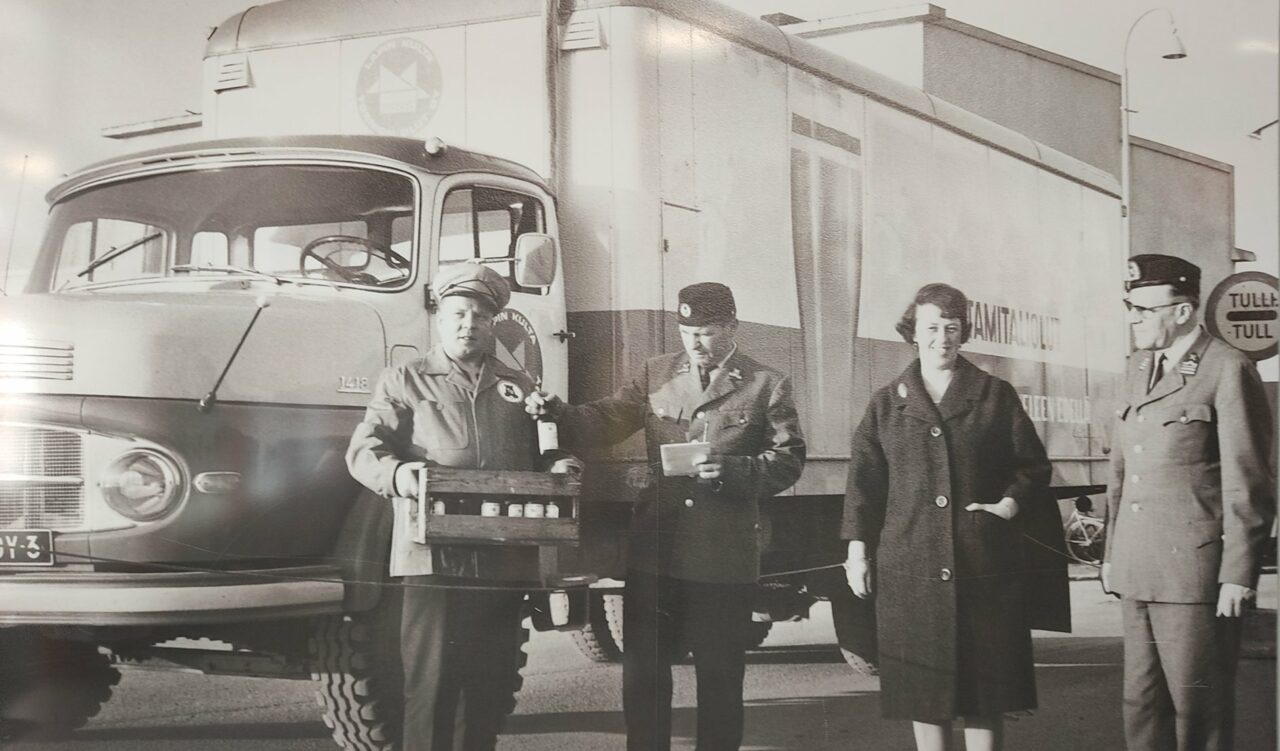 After six years the beer production in Tornio was started over in 2016. The new Tornio Brewery honors the beer history of the city, but is also an experimental artisan brewery. The location is the same, the historical stone cellars are still under the brewery, but the scale is way smaller than before. The new Tornio Brewery is bigger than most of the microbreweries in Finland, but still utilizing only a fraction of the space that the former macro brewery needed, but proudly carries the flag of the northern beer making tradition. Now also the legendary lager beer from Lapland is back, brewed in Tornio with the original recipe, with the help of the original head brewer Leo Andelin, who created the original beer in the 1960’s. The new version of the classic beer carries the name Original Lapland Lager, and like its predecessor, it was awarded with Monde Selection gold medal in 2018. 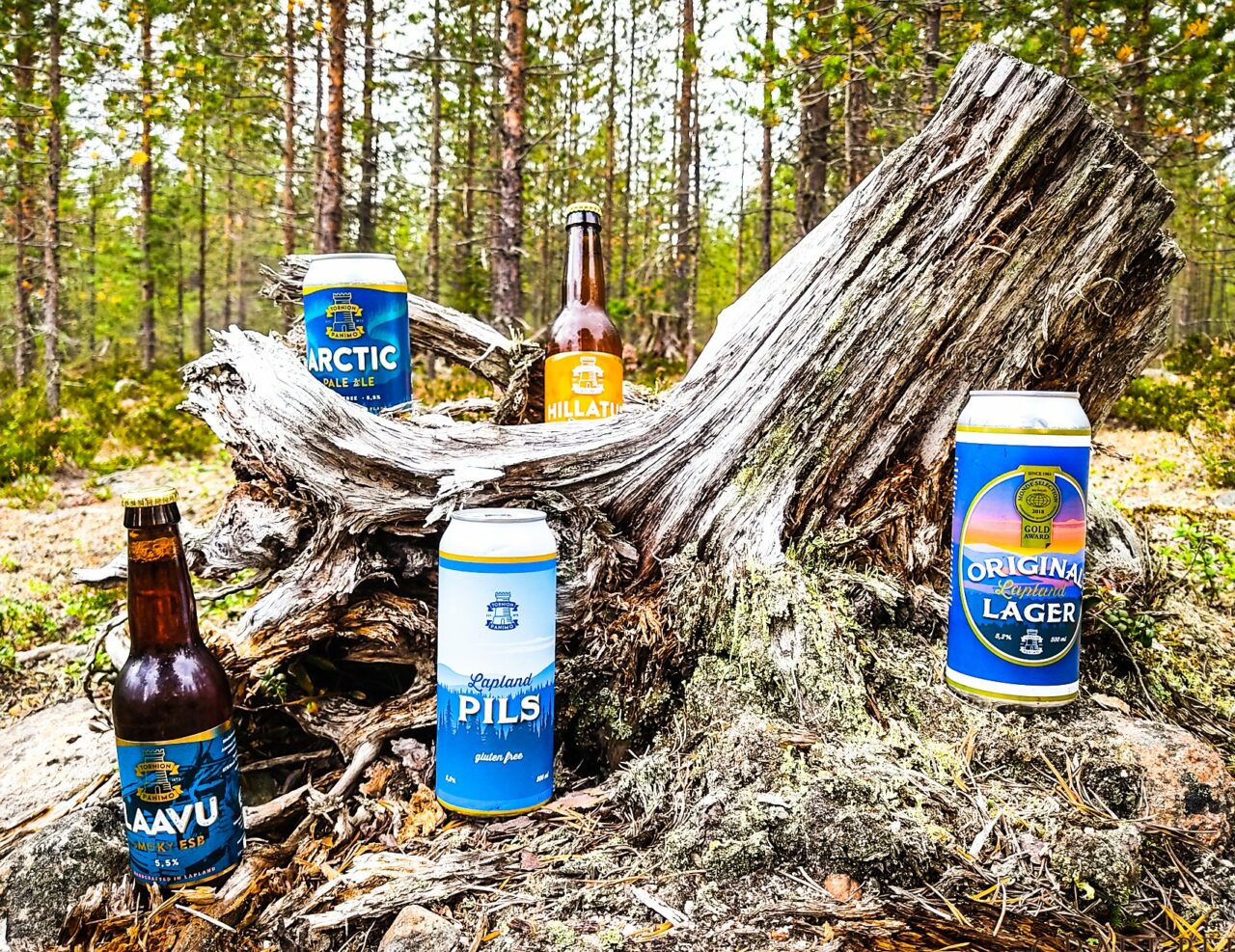 Tornio Brewery cherishes clean arctic water, domestic ingredients, high level of quality and environmentally sustainable operations. The beer selection focuses on highly drinkable, rather low ABV lagers and ales, including both traditional and more experimental products, that are inspired by the nature of the north. In addition to beers, Tornio Brewery produces long drinks, distillery products and alcohol-free ice teas. We had a great brewery tour in Tornio and learned a lot about their brewing process and approach to beer making. Our favorite beers were fresh and hoppy Arctic Pale Ale, tart and tasty Herutus Fruited Gose and dark and roasted Routa Imperial stout, a collaboration brew with Maistila from Oulu. 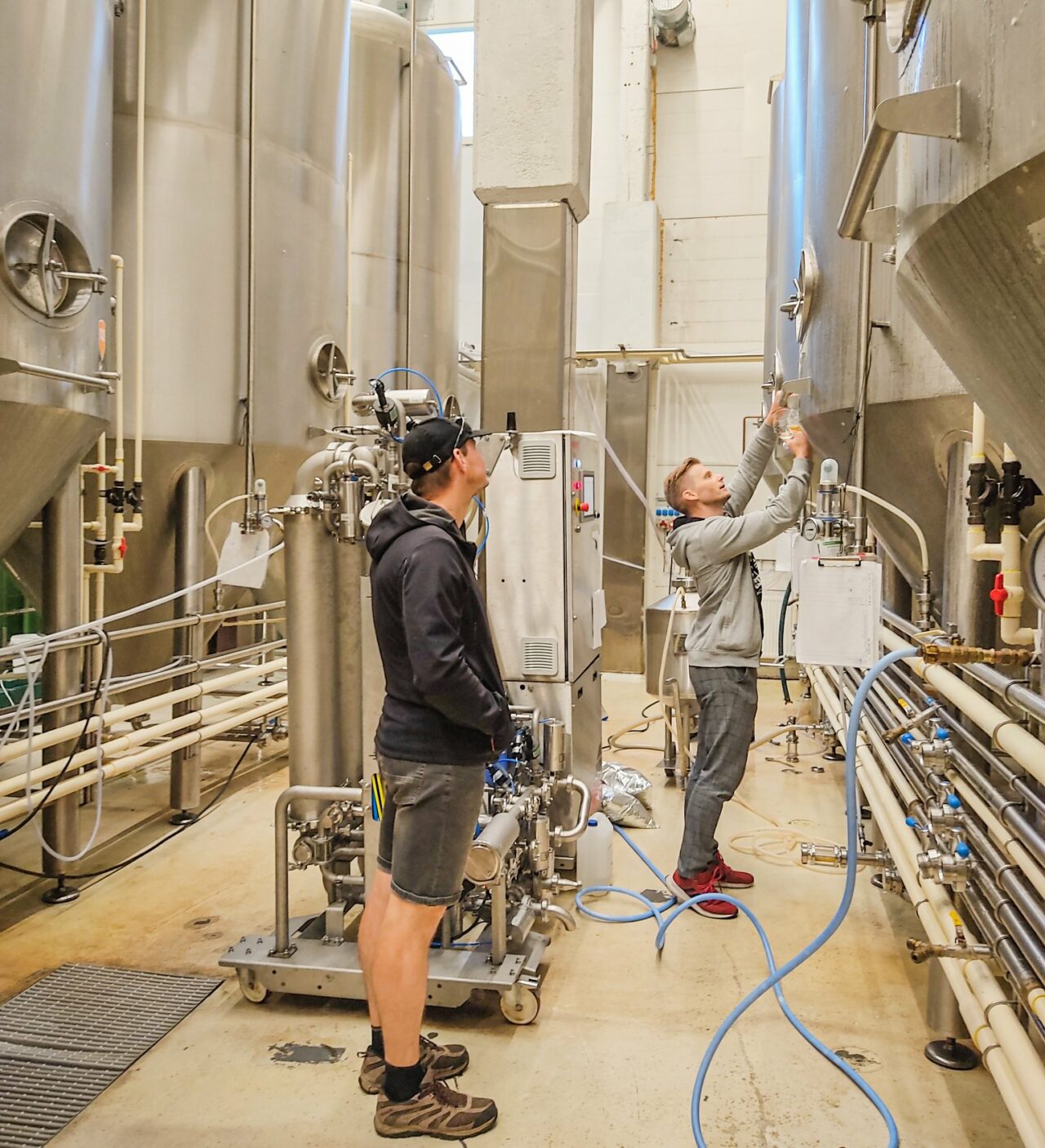 Have you ever visited Lapland, or are you planning to? We recommend to experience the beauty of the nature of the north, and to combine the experience with craft beer from Lapland of course!