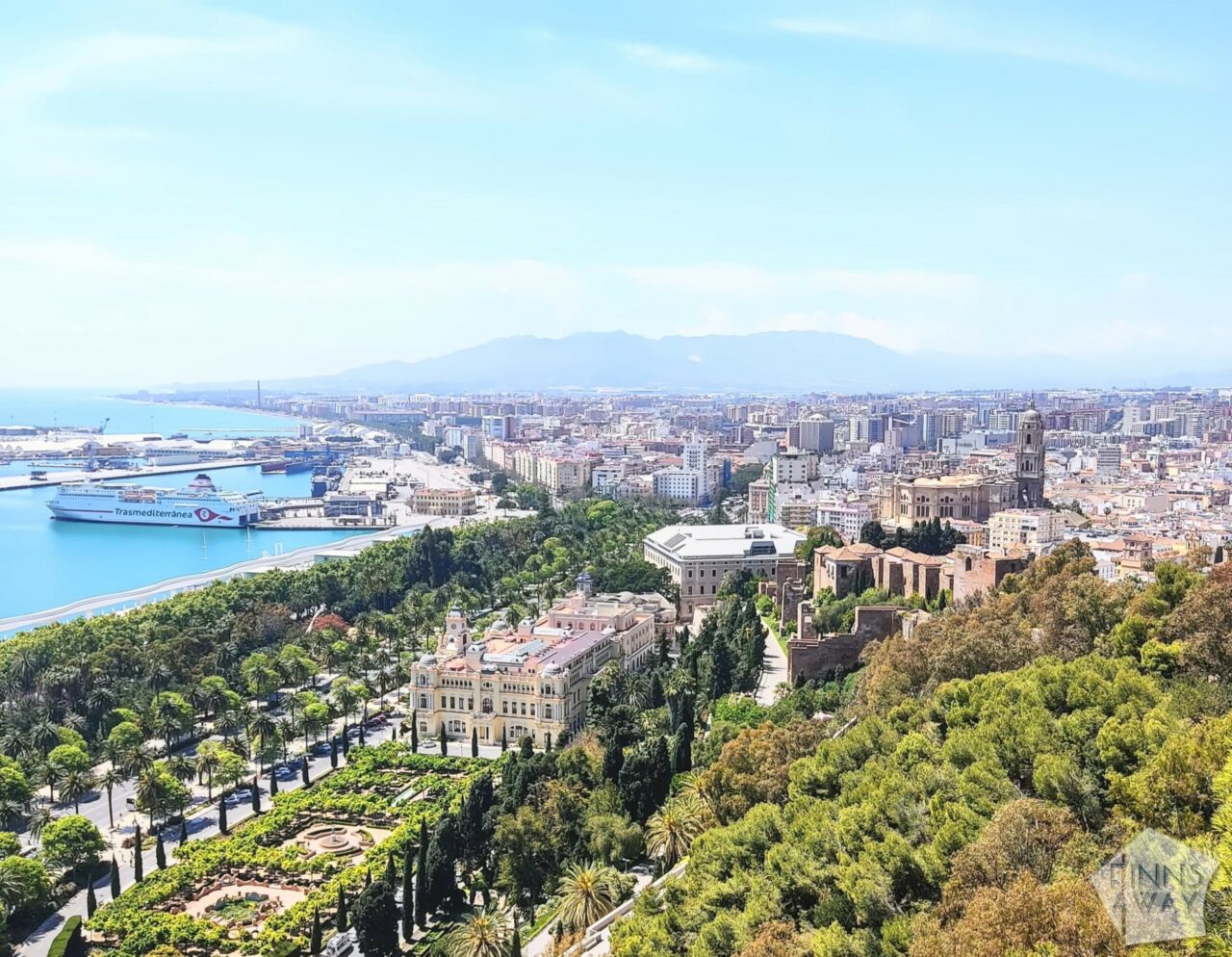 Malaga region in Andalusia, on the south coast of Spain, has been a tourist hot spot for decades. The regional capital Malaga, often overlooked by tourists heading straight to the beach resorts, is a charming city, in which it’s possible to combine a city holiday with a beach break. The main sights of the city highlight its long history, and during a half-day walking tour visitors can explore a Roman Theater, handsome Arab fortresses and stunning Baroque facades. When it comes to craft beer, Malaga, or Andalusia in general, is not a wonderland per se, but still, it’s possible to find some delicious local craft beers in Malaga, as well as some great craft beer pubs serving artisan beers from around Spain and abroad. 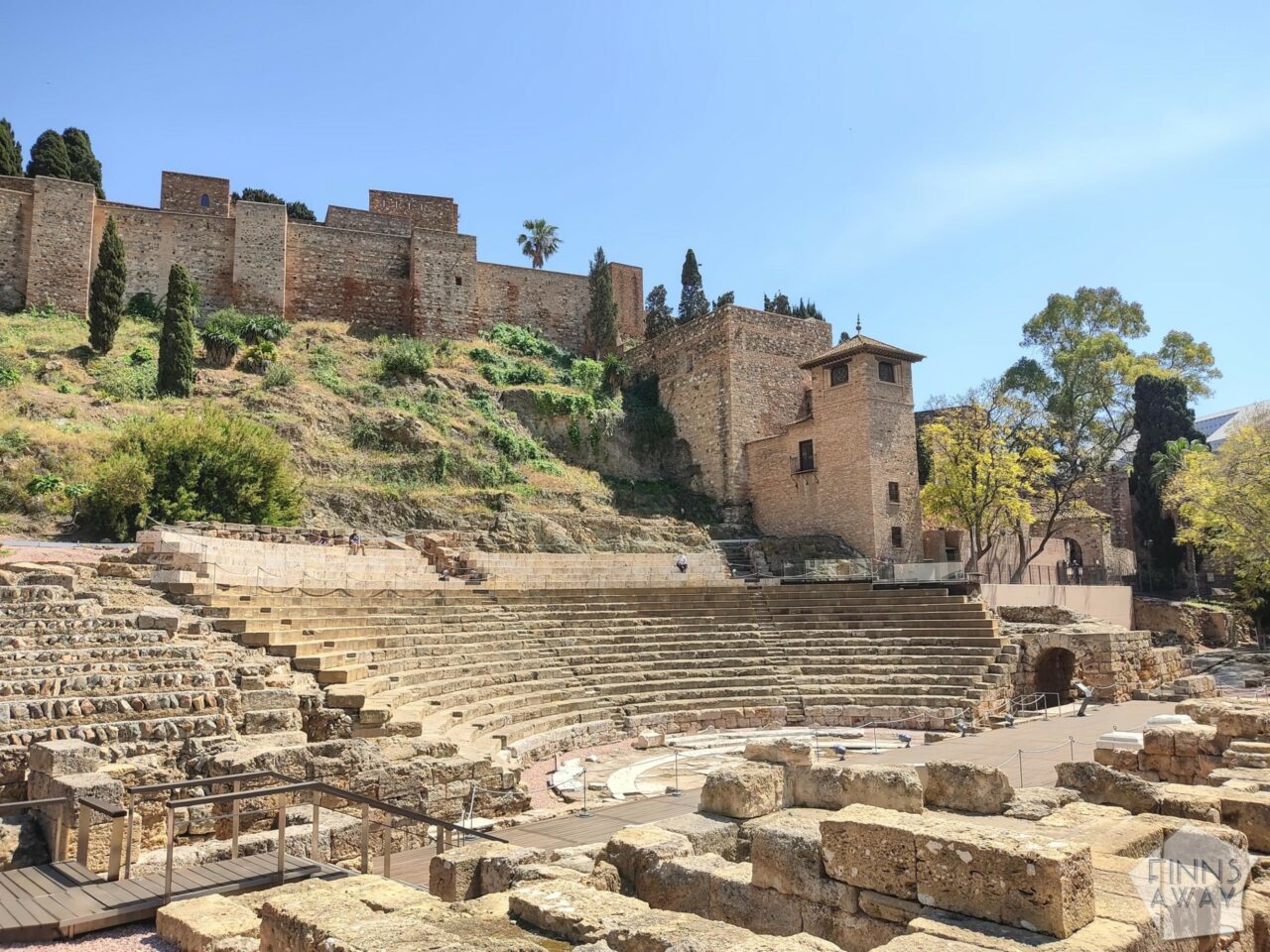 For those who like to enjoy their beer as close to the brewery as possible, there are a few craft breweries in Malaga with taprooms for tasting fresh brews. These breweries, except for the craft brewery of Cruzcampo, are not located right in the city center, but it’s not hard to reach them using public transportation, if you don’t mind walking a bit. 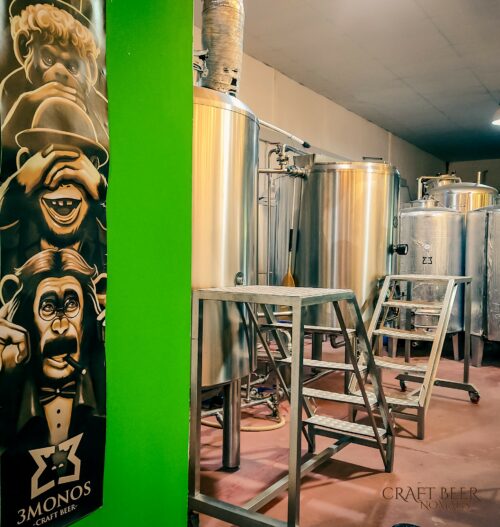 3Monos Craft Beer is one of the oldest breweries in Malaga area, and has been producing artisan beers since 2015. Tres Monos means three monkeys, and the monkey and movie theme is clearly visible in the names and in the impressive label art of the beers. The small taproom of the brewery, in San Luis industrial area, close to Los Prados, is open on Fridays, and only a short walk away from Los Prados train station and bus stops. 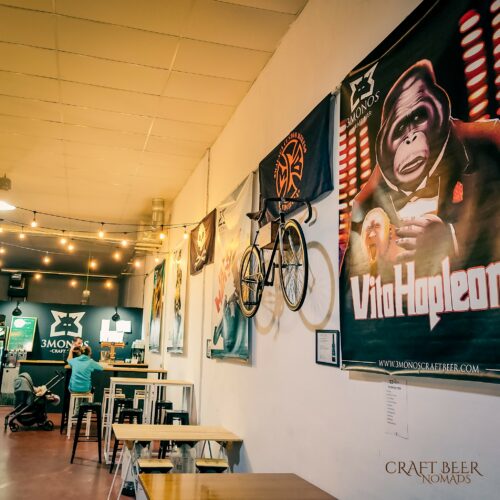 In addition to the brewery taproom you can also find 3Monos beers in the craft beer pubs of Malaga downtown. Our favorite 3Monos beer was an APA called Monkey Business, a refreshing and light but nicely hoppy and fruity pale ale.

Also Bonvivant Beer was founded in 2015, and has grown to be a well-known craft beer brand in Malaga. Their factory is located in an industrial area called Guadalhorce, and right next to the brewery they have a taproom with a terrace restaurant. It’s not the easiest location to pop in, but if you have time, the brewery is definitely worth a visit.

Diez Cabezas is the newest artisan brewery of Malaga, established in 2020. Ricardo, the founder, owner and brewer, is originally from Venezuela, and has a long background in home-brewing. Diez Cabezas creates craft beers in different styles, focusing especially in IPAs and other Pale Ales. Probably the best known beer is the Diez Cabezas IPA, a nicely fruity and well-balanced American IPA. 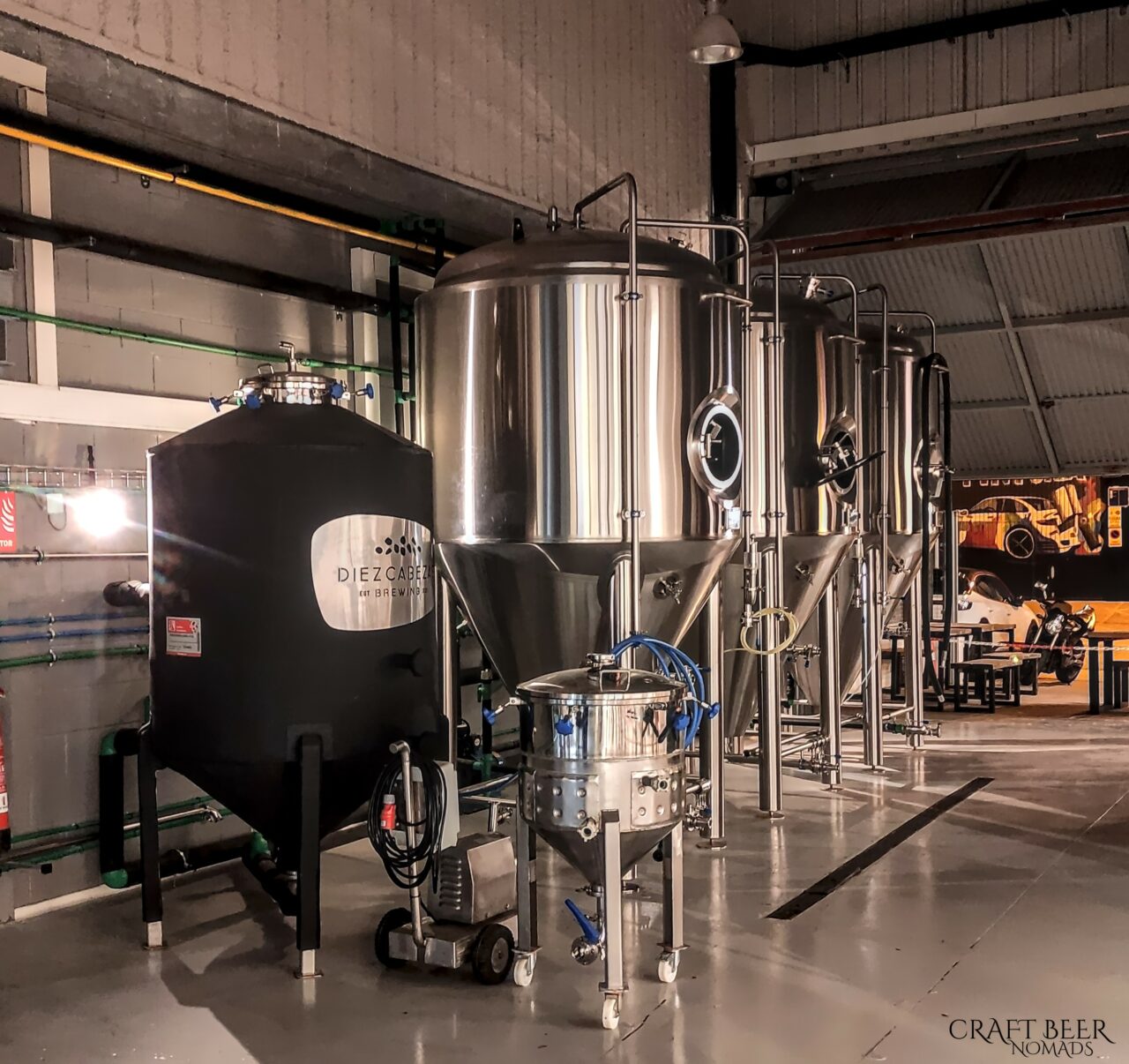 The brewery is located in Alameda industrial area, quite close to 3Monos actually. The best place to taste Diez Cabezas beers is their atmospheric taproom right next to the brewery – from the eight taps you can taste seven different beers by Diez Cabezas, and there is always also one visiting beer. The taproom is open on Thursday and Friday evenings, and there are also brewery tours available – contact the brewery for further details.

Attik Brewing is a nomadic brewery based in Torremolinos, a resort town close to Malaga. This creative brewery does not have their own taproom (yet at least), but you’ll find their delicious beers in the craft beer pubs of Malaga. Read more about Attik and the founders of the brewery in a separate article – Craft beer in Malaga: Attik Brewing.

Located right in the Malaga city center, in the trendy Soho neighborhood, you’ll find La Fábrica, a brewpub of one of the Spanish beer giants, Cruzcampo. This modern, stylish brewpub serves a selection of beers brewed onsite, so despite being owned by a macro brewery, the products of La Fábrica are actually small scale craft beers. There is a core selection of five La Fábrica Cruzcampo beers and two rotating seasonal beers available, and in addition always some limited edition brews. 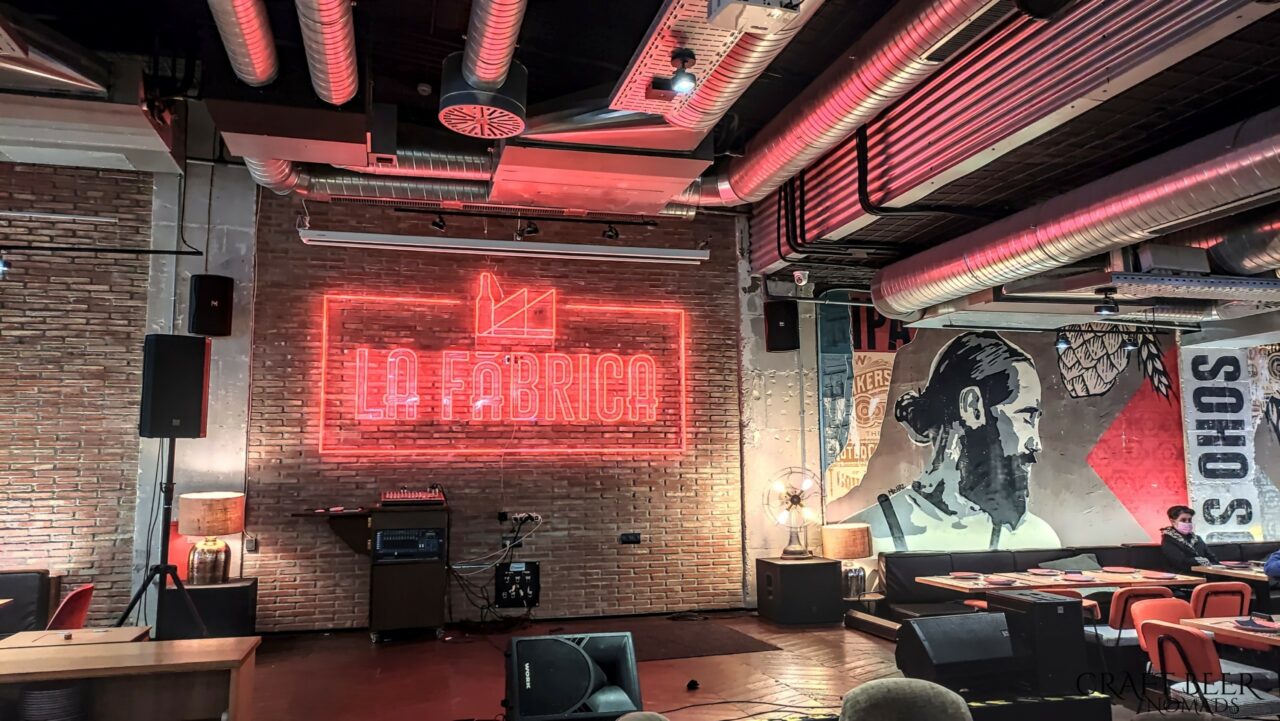 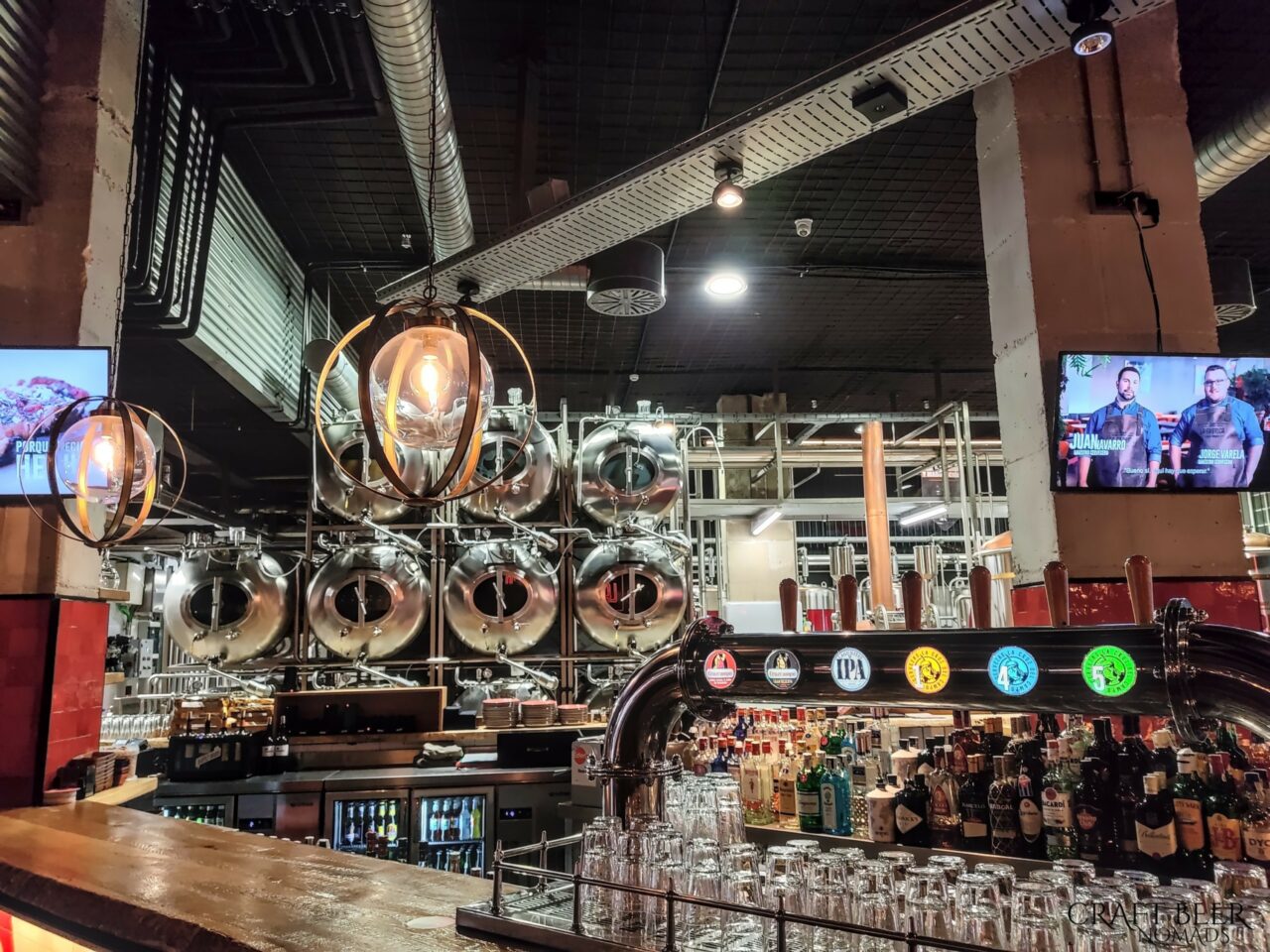 In Malaga city center, there are several craft beer oriented pubs to choose from. As most of the pubs listed in this post are very close to the popular Centro Historico, the lovely old town of Malaga, they are great venues to relax after (or in the middle of) a sightseeing tour. In Spanish pubs it’s typical to serve beer with some small snack, like crackers, nuts or olives, and in most of the pubs there is also a food menu.

El Rincón de Cervecero, that translates to brewers’ corner, is a craft beer pub and shop founded by brewers. Located in Soho, this nice, quite traditional-looking beer pub is a great place to pop in for a Spanish craft beer, or to buy some beer souvenirs. Operating since 2014, they have eight rotating taps and a wide selection of Spanish and international craft beer in different styles in bottles and cans. 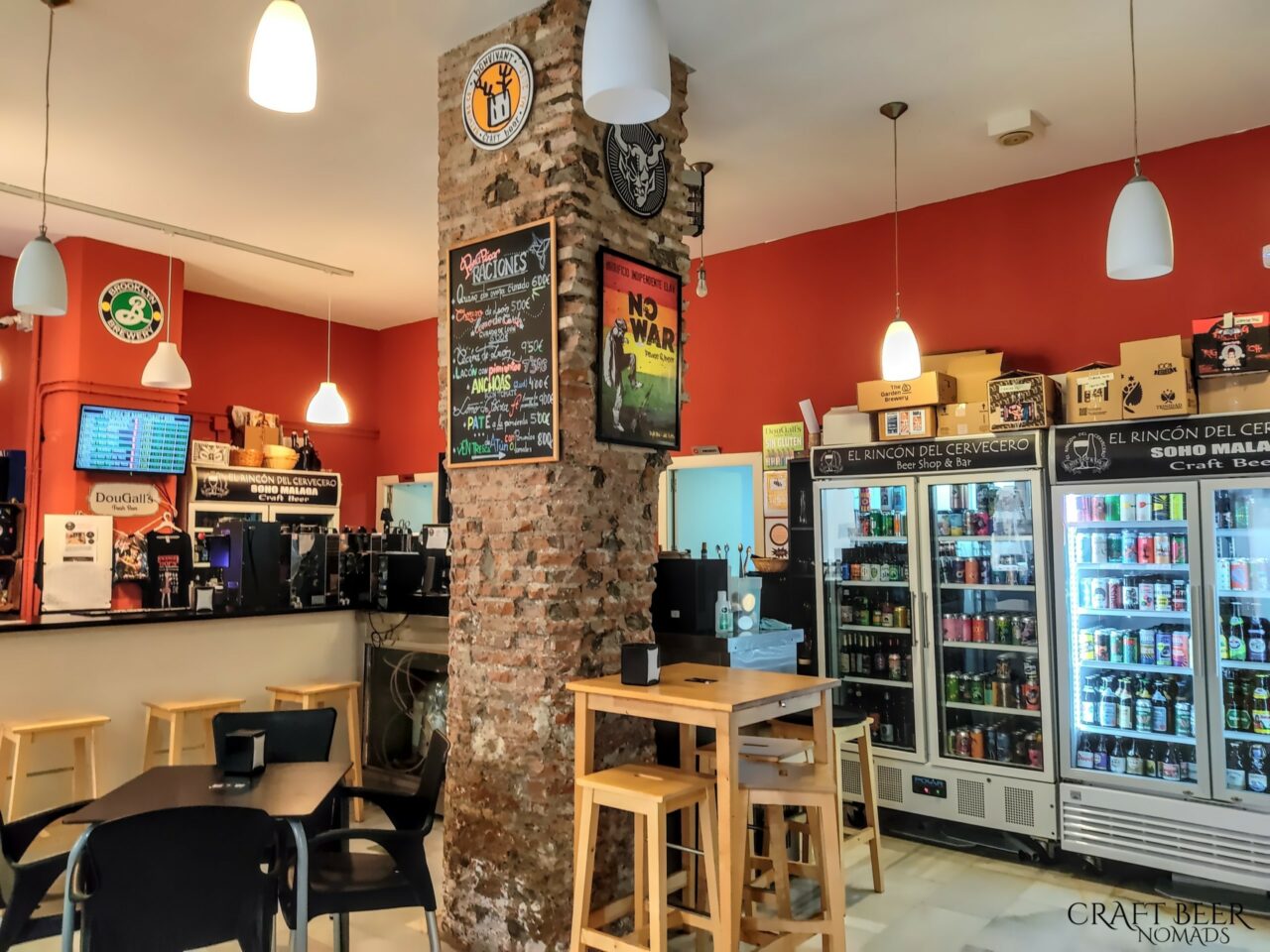 La Botica de la Cerveza craft beer pub is located right by the Malaga Old Town and Alcazaba fortress, in a beautiful old building. We liked the atmosphere of this small venue, and the customer service was very friendly. They have six taps and a comprehensive selection in cans and bottles, both local brews and craft beers from abroad. 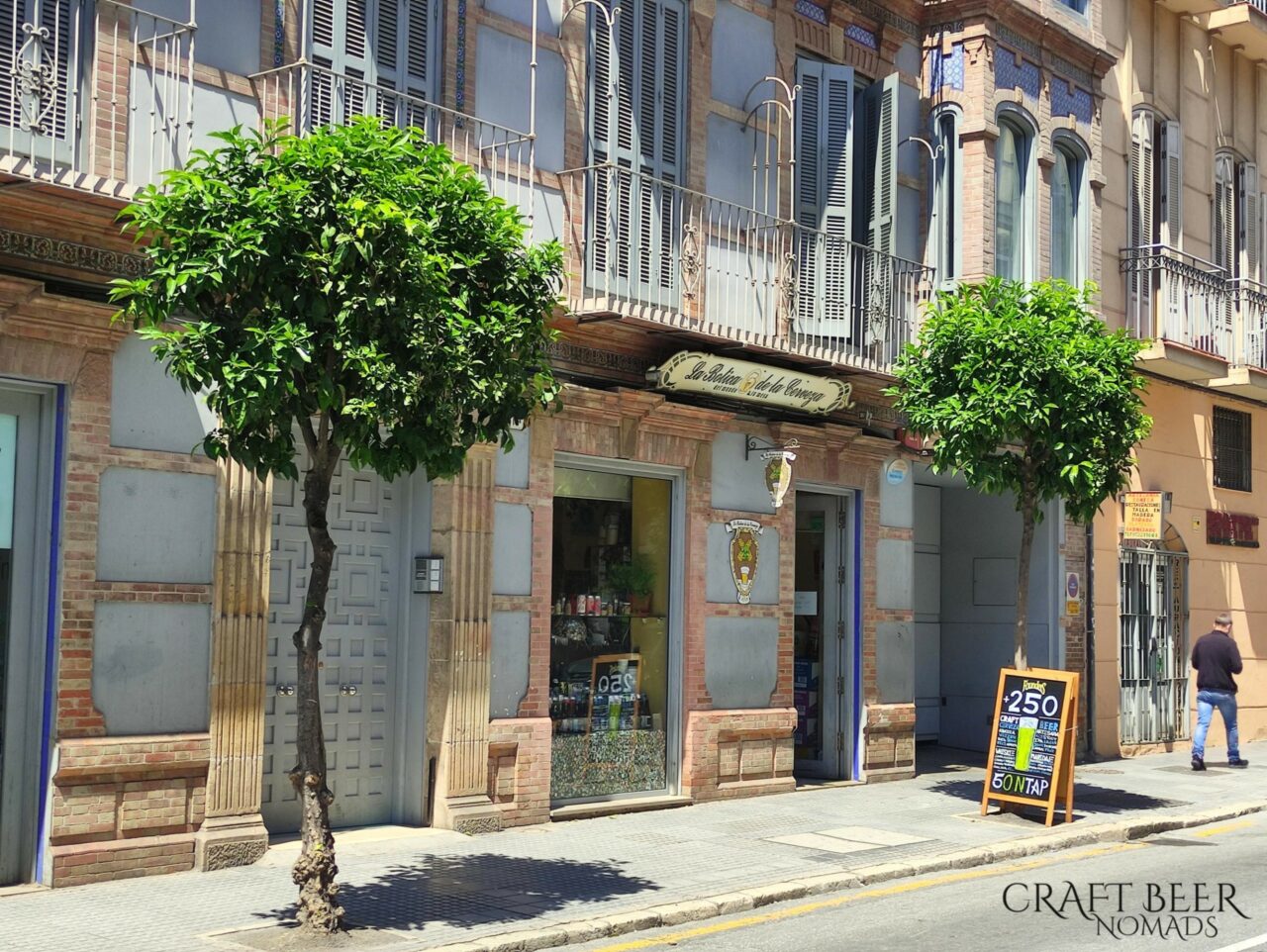 La Madriguera Craft Beer & Food is a small, cozy pub that is focused not just on craft beer but on cuisine as well. There are eight taps of both local and international craft beers, and of course a lot of cans and bottles too. 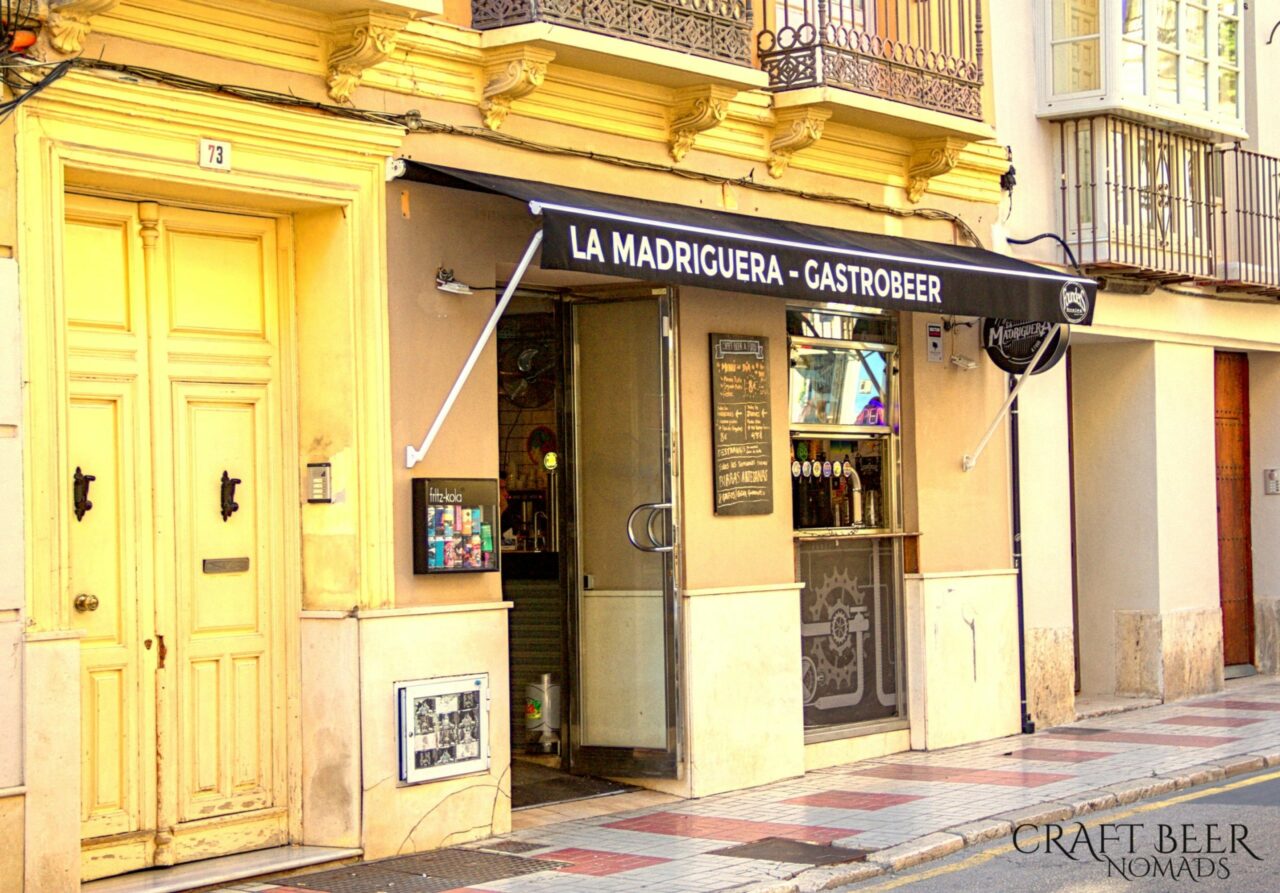 Central Beers craft beer pub is a bit more traditional beer bar, with 15 taps from commercial lagers to international craft beers. There are not so many local brews on tap, but in bottles and cans there is a wider selection of artisan beers. Customer service was excellent! 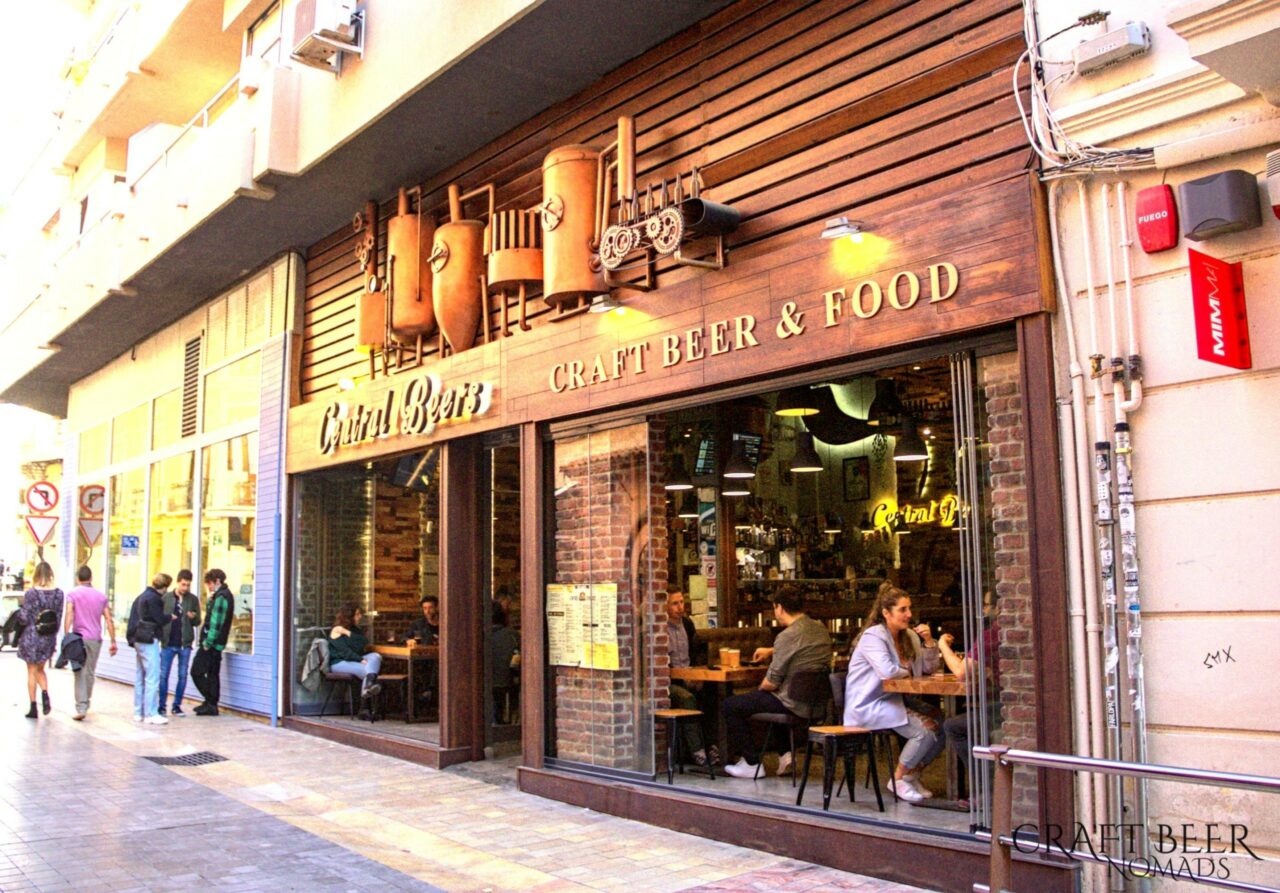 The popular Arte&Sana craft beer pub has been re-branded, and is nowadays known as Birras Deluxe. This pub has been for a long-time a favorite for many beer drinkers in Malaga. There are 16 taps of Spanish and international, especially Belgian beers and a selection of up to 400 craft beers in bottles and cans. 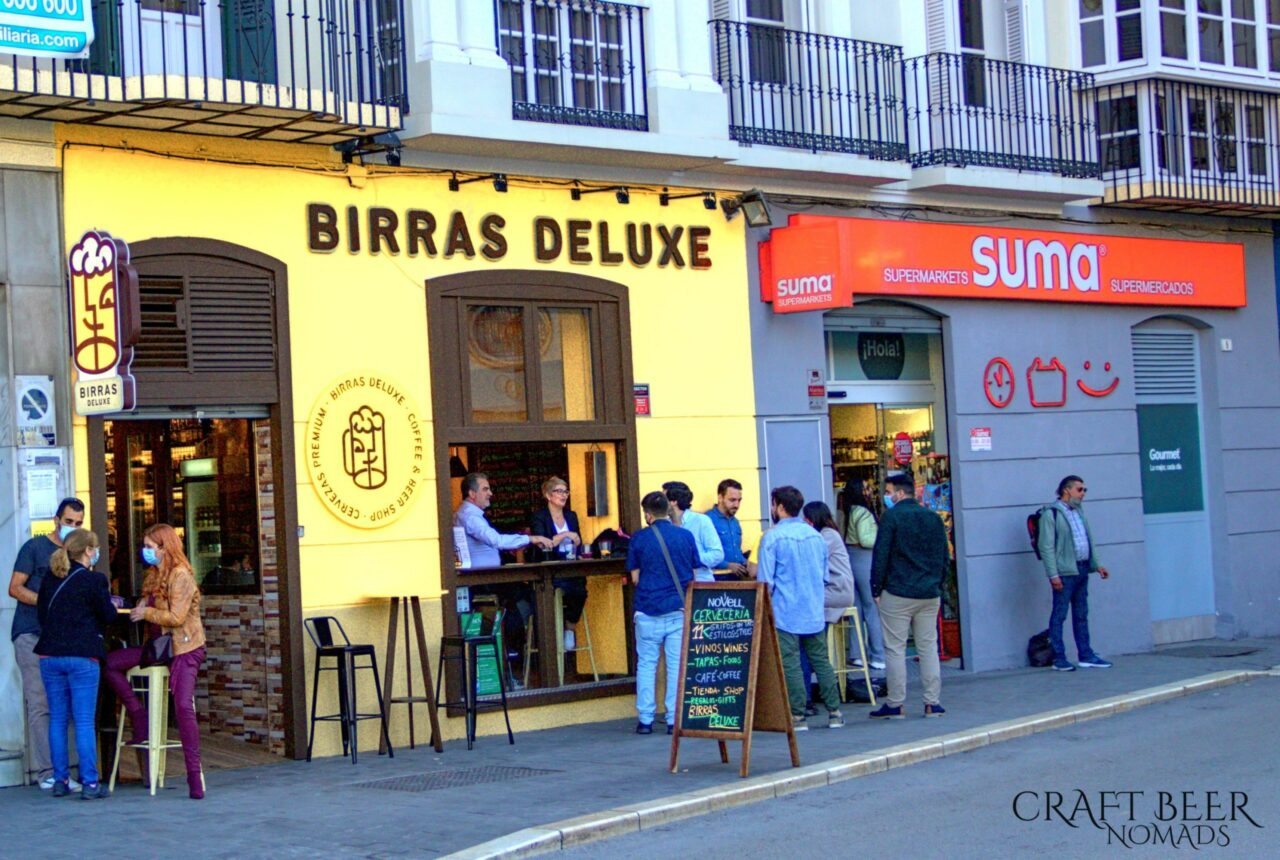 In addition to these venues in Malaga that we have visited ourselves, there are a couple of more that we want to bring up here. Friends of Belgian beers may want to check out Cervecería Mapamundi 2011. This pub is specialized in Belgian style brews, but they do have a selection of other craft beers too. In Los Guindos area south from the city center, you’ll find a pub called Hop Scotch Craft Beer & Whisky, a popular venue for tasting craft beers from around the world, and whiskey too, as the name implies, since 2014.

Finally, if you are visiting the beaches of Torremolinos, the hometown of Attik Brewing, check out Twisters pub. This small venue is nothing fancy or trendy, but has a comfy corner pub feel and a decent selection of local craft beers, including brews by Attik Brewing.