When exploring the craft beer scene of Berlin, we learned that the traditional German beer styles are still today very popular, and there are not that many breweries that focus also on modern beer styles. But luckily the few that there are, produce excellent artisan beers in various styles. In this post series we introduce Berlin-based microbreweries, that we visited during our six-weeks stay in the city in autumn 2021. In this third post of the series we introduce Berliner Berg, an artisan brewery that opened a new beer factory and garden in Neukölln in 2021. 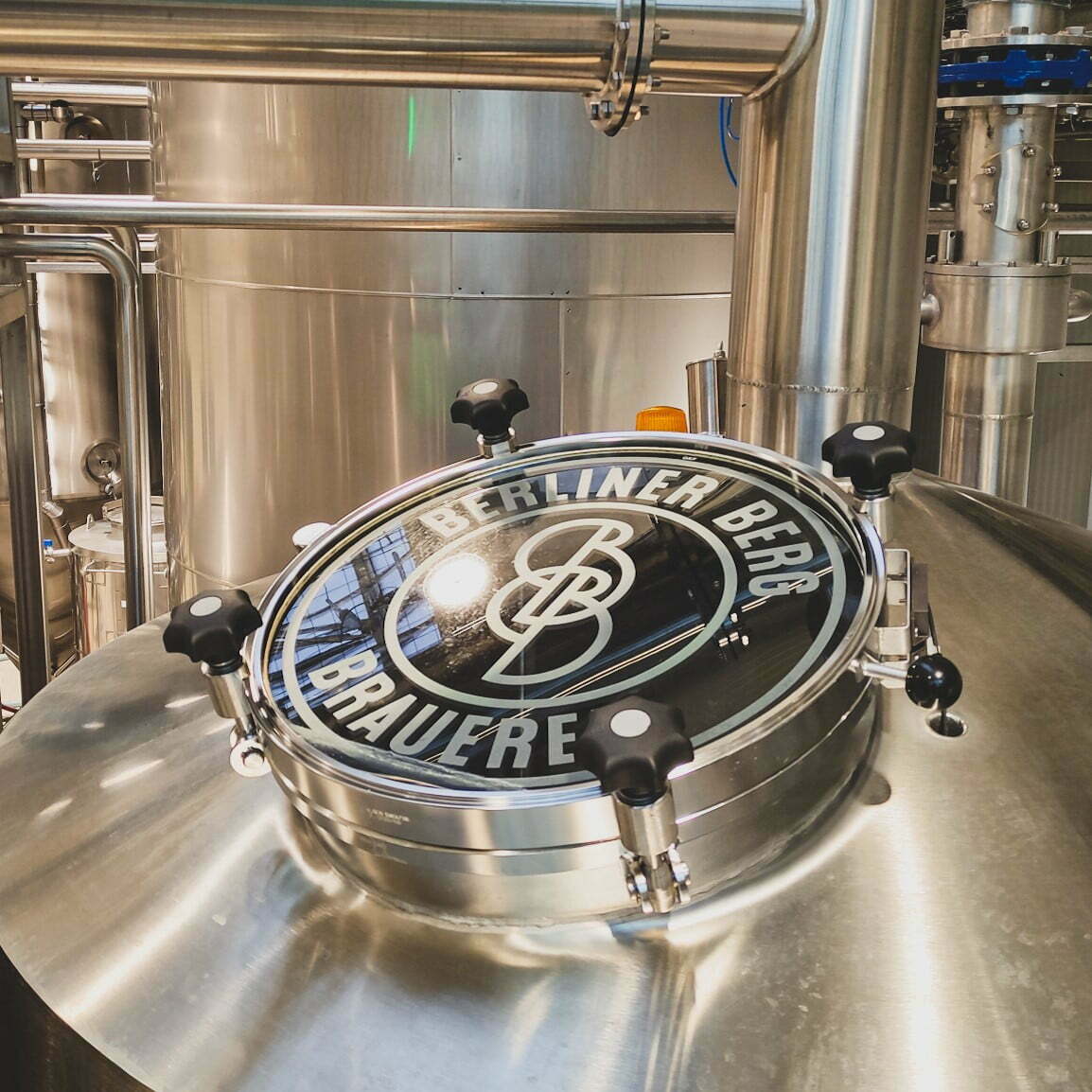 Berliner Berg brewery was founded back in 2015 by three friends, Robin, Finn and Uli,  and started as a nomadic brewery. In autumn 2017 they opened a small brewery specialized in sour beers, and the first sour that was brewed there was of course a Berliner Weisse, the iconic beer style of Berlin. That first brewery was located in a cellar of an old factory building in Neukölln, and the beers were brewed with a small 500-liter brew house and four fermenting tanks. It was a rather small business, but one that the owners loved, and the beers, that were mostly sold to local pubs were popular. 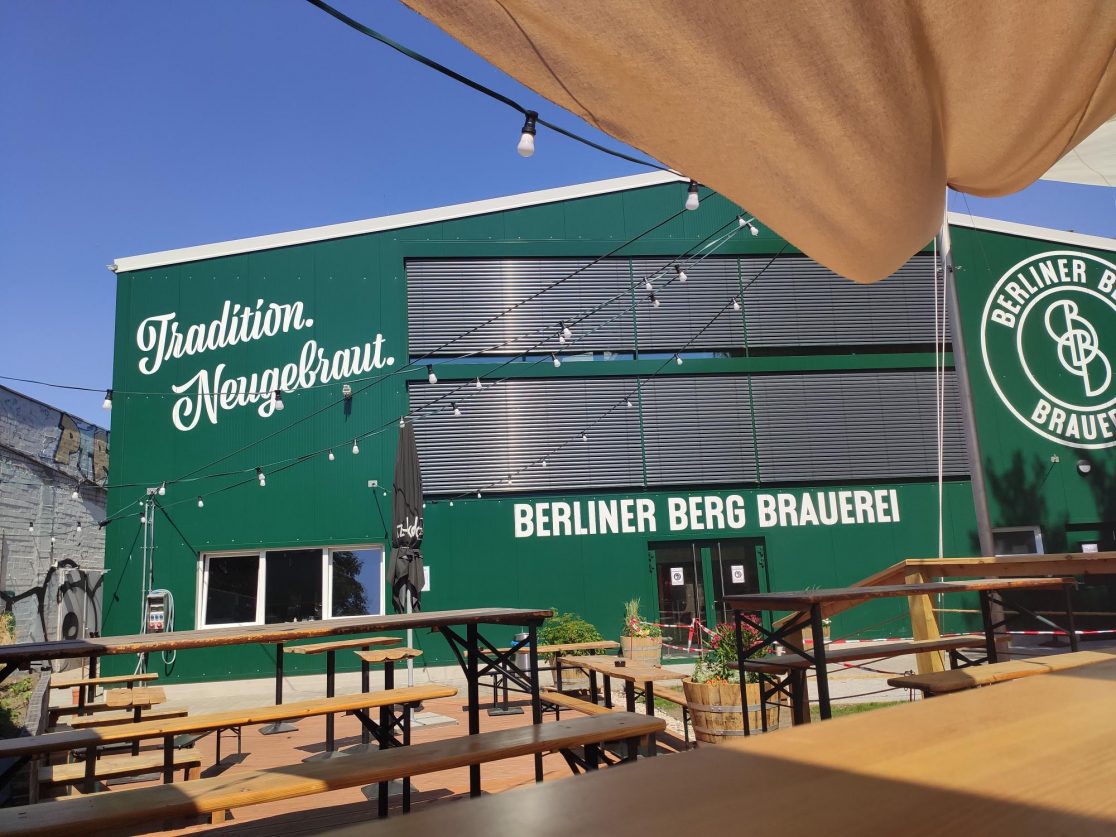 Already before opening the sour beer brewery, the Berliner Berg crew had started to talk about building a bigger brewery some day, in where they could brew all kinds of beers themselves. Finding a suitable location for the new brewery took over two years, and the building project started from scratch on an empty industrial plot in Neukölln in summer 2020. The brew house and beer tanks were installed during the next spring, and the first batch was brewed around Easter 2021 The new Berliner Berg Brauerei was officially opened in May 2021, and by our visit in autumn 2021 everything was in full motion in the shiny, new premises. 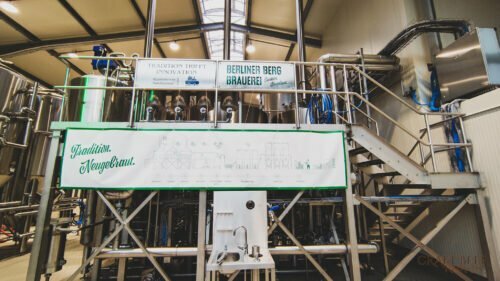 Berliner Berg brews both classic German beer styles and modern international craft beers. The crew of the brewery shares a common passion towards quality craft beer. The philosophy of the brewery is capsulized in their slogan “Tradition. Newly brewed. Independent brewing art from the heart of Berlin.”. Berliner Berg delivers beer mostly in kegs to pubs and restaurants in Berlin area, as the crew themselves love the idea of drinking beer with friends during pub nights, and pairing beer with food. They do bottle the beers too, and you can find them in craft beer shops and in some grocery stores.

Berliner Berg has several core beers, some seasonal specialties and some more experimental special brews. The core series consists of German Lager and Pilsner, of Berliner Berg Pale Ale, IPA and Session IPA and of traditional Berliner Weisse as well as a fruited, seasonal versions of this classic style. Altogether they have created more than 100 different beers during the years, from light Lagers to heavy Imperial Stouts and from summery Sours to bitter IPAs. 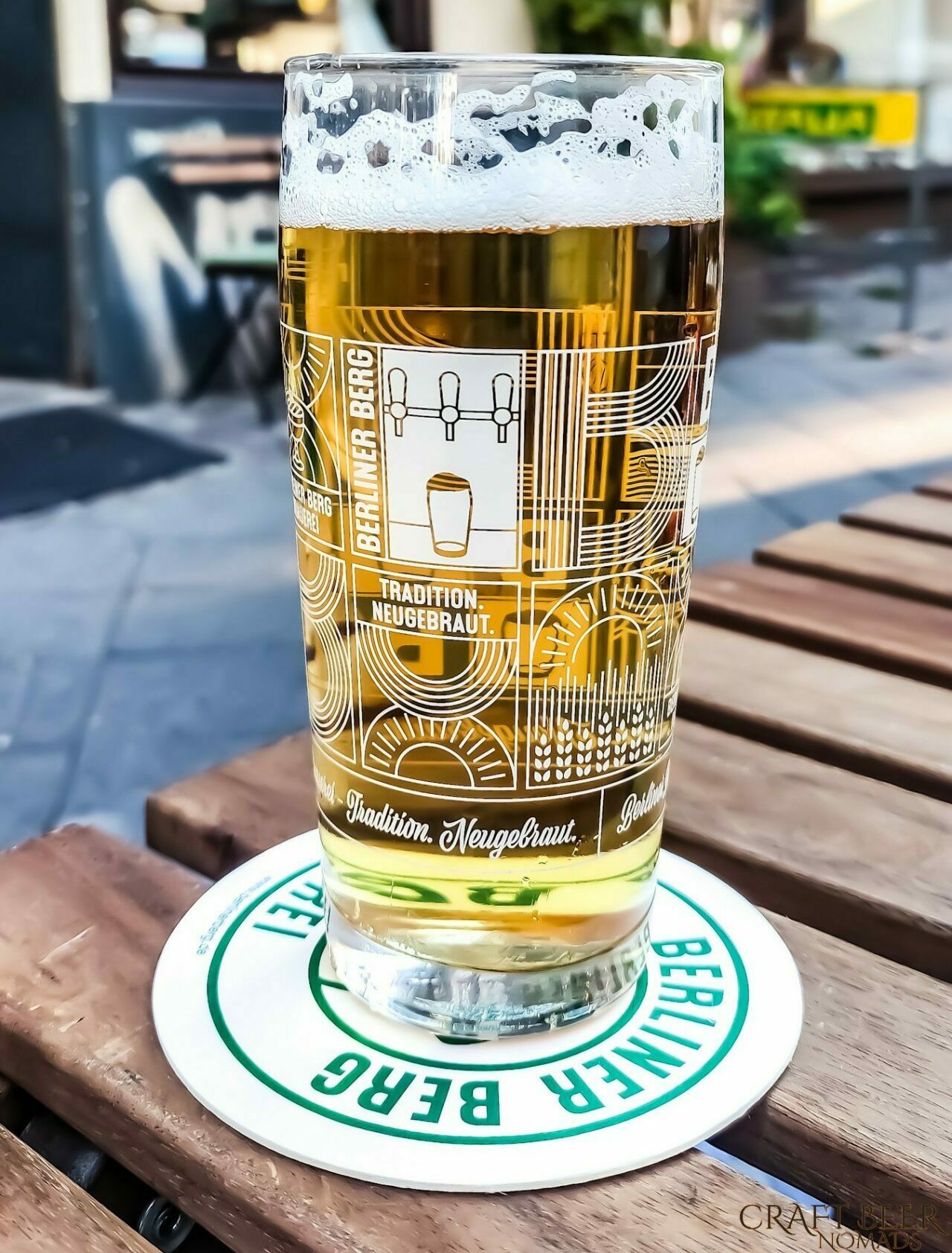 During our stay in Berlin we tasted several Berliner Berg brews from crispy Pilsner to hoppy IPA. Berliner Berg beers are simple in a good way, enjoyable and clean. The core beers are easy for anyone to approach, which is of course a good thing, except maybe for those who are used to drinking complex and heavy craft beers. Of the beers that we tasted, we gave the best rating for Berliner Berg English Bitter, a nicely bitter and little bit roasted traditional ESB.

When you’ll travel to Berlin, why not to head to Berliner Berg brewery in Neukölln to buy some fresh brews from the factory outlet, or if you are visiting during summer months, to taste the beers in the beer garden of the brewery! There are also brewery tours and tastings available, also in English! For details and bookings, visit the brewery website.